2018 was a tough, tough, tough year for the country, due to the evil President, and a tough year for me. It was a year of separations. To start the year, on January 1, Greg yelled at me for the last time and moved away in the spring to Berlin (no one tells me when or where). That relationship, friendship, acquaintanceship has very much ended. This fall, I separated sadly from Stephanie, crushing her in the break-up. These departures aren’t easy for me, but I try to let me heart guide me through the misery. It may be a long time until I date again as my track record is littered with smashed cars. This autumn was quite lonely.

Late spring, I enquired at my company about my performance for my three years of work. A sociopathic new boss had the noose out to hang me. Despite a miserable May working twelve hour days to save my tenuous job, I was suddenly sacked at the end of May. I’ve never been fired before, so the grieving has been longer and more convoluted than anticipated. Shock ceded to sadness followed by an extended period of anger. I end the year still bitter, resentful, and insecure about my career performance.

Laid off, I planned to take 3-12 months away from work. I got 6 months. A Redwood City-based science company cold texted me in October. I liked their moxie, ran through their gauntlet of phone screens, followed by an all-day interview in November. I won the job I wanted and over Thanksgiving navigated a higher salary than my previous position. I’m excited for new work, new colleagues, a new company, and a new me to prove to an organization and myself that I can learn, work hard, and provide value. They certainly picked up one odd dinosaur to do data sciences for them.

I thought I would fill my six months away with farflung international travel, but reeling from the firing and money potentially tight, I hunkered down in my apartment instead and turned inward. I went abroad just once in 2018 to Cuba at the end of the year with brother Ray, friend Ruben, Adriene, and Lee. It was a fraught trip to plan last minute, but we survived merrily once on the island, although I may be done for good with Lee’s negative energy.

I often chart which states I visit in the year, but I traveled so little in 2018. In January, I drove with the Hallock-Plows family for thirty hours, including three mountain pass closures and a night in a hotel room, to ski for one glorious day in Nevada at Homewood ski resort. In February, Stephanie and I toured the amazing Meow Wolf installation in Santa Fe, New Mexico. I went home in June and took a bus out to New York for a long summer weekend with David and Jeremy. Soon after, I spent fourth of July in small town Ohio with brother Ray at his favorite Yellow Springs Brewing Company. With Tom and Jason, we saw all of the national parks in Oregon; well, the state only has one: Crater Lake National Park. The midnight caving at Lava Beds was spectacular and spooky. In the fall, I returned again to Ohio to head north on a road trip to Grand Rapids, Michigan, for their annual Art Prize festival. Although I flew through Ft. Lauderdale on the way to Cuba, I never left the airport. In 2018, I visited 1 new country, Cuba, and only 9 states; California, Nevada, New Mexico, Massachusetts, New York, Ohio, Oregon, Indiana, and Michigan.

With the blow of the lost job, recuperation meant more returning to my roots than getting lost somewhere far and new. I spent 15 days this year with my aging parents and over 30 days with my brother Ray. I became a better friend to former coworker Adam (who needs a good friend), spent much more time on Spinach’s home turf of Oakland (I didn’t know BART went there), and reconnected with my old thesis advisor Chris Chidsey, my Dutch colleague Renatus, my PacBio boss Natasha, and my Stanford labmate Hadley.

I hunkered down this summer to make some of my best art yet. In the spring, I built six Fish. Over summer, I assembled the third and last Sunflower for my least-favorite project, but a good way to use up the excess parts. In the fall, I put together four Snowflakes. I’m almost done already with half of a Sphere.

It wasn’t just plastic and lights. I improved the LED software that runs both the large-scale installations as well as my wearable light-up projects. I wrote C++ libraries, learned how to make software objects, even got shows to fade from one show to the next. Much of the labor was studying the lights, identifying defects, charting numerical values, learning new tools, and keep working to write better code.

This was the year of the podcast, or rather one particular podcast. While building the Snowflakes, I listened to over 100 hours of The Adventure Zone in which three brothers and their Dad play Dungeons & Dragons. The joy was not only about reliving my childhood game but also the family collegiality that I lost this year through break-ups.

I read dozens and dozens of books.

I said goodbye to 3 years of twice-weekly yoga with Garrick at work. Instead, I started up a daily 7-minute workout through my smartphone. I still run a half-marathon each week to the ocean and back, counting the auspicious buffalo on the way. I recently recorded my weight at 130lbs., far lower than I would like.

Part of staying solvent while unemployed, I’ve been cooking for myself three meals every day. Spinach loaned me a pasta maker, so I have been rolling out fettucine, ravioli, and lasagna. Ray introduced me to the cooking blog Food Wishes with Chef John. Over summer, we ground up our own hamburgers and made banh mi buns. My garden grows in the back parking spot. I may be done for good with tomatoes, but the lettuces, lemons, and herb still thrive.

Overall, 2018 was a quiet, rather solitary year of sadness, loss, introspection, and rebuilding. New adventures often require periods of healing at hearth and home. I hope I finish this year a stronger person than I started, more grounded and more gentle. I do have great aspirations for a glorious 2019. I’m so grateful for my close community of friends. 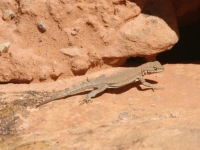