2020 might be a single day in late December, camping on an isolated wooden platform in a Georgia swamp: exist with just a small group of friends, cook all your own foods, brave unexpected weather, watch the rhythms of the seasons.

The eight-and-half months of the Covid-19 pandemic shaped most of everyone’s year. In February, brief but abstractly distant news reached us that Wuhan, China suffered from a new coronavirus. In March, San Francisco shut down along with much of my life, but for how long? I spent most of the rest of the year in my little apartment.

This pandemic taught me the life of a seventy year old: socially irrelevant, dependent for joy on my own hobbies and aspirations, napping a lot, bored or amused according to my variable moods, and reliant on internal guides for nutrition, exercise, and health. I learned that I like me; I like my home; I like what I can build, read, or learn.

However, I have far fewer friends than anticipated. The pandemic dispersed my tenuous San Francisco communities, along with the glitter, parties, random social gatherings, and bar crawls. I might know and know of a lot of city folks, but I have few that I call upon regularly. 2020 was the year of Brett and Karen, two work colleagues who both live near me and both left my workplace over the year. We formed an odd but merry set that sat so much in Dolores Park, hiked all the urban peaks of San Francisco (thanks, Karen), and savored plenty of psychedelic benders (thanks, Brett). Just before Thanksgiving, we even flew to coastal Oregon to spend three nights in Brett’s favorite place in the world: Pacific City. I’m grateful to help Brett find new work at Zymergen and help Karen thrive at my former Invitae.

Stuck in my apartment, 2020 was the year of work. I might not have put in the 8-12 hour days that I did in 2019, riding the daily shuttle to Redwood City, but I stayed on call and busy almost every day of the year without holiday between mid-January and the end of December. During this stretch, I wrote a ton of code, all of it self-directed, most of it useful. I upgraded the programming skills that Invitae fired me for into the feats that Synthego reveres me for. Free from the distractions of meetings and commuting, 2020 may have been my most productive year yet, and certainly best compensated with a hard-won promotion to Director of Chemistry Development (whatever that means).

Plugging into work every day without distractions unfortunately magnified work conflict and accentuated work stress. I had far too many dramatic encounters with difficult managers, carrying too much recrimination into my weekends and even into my dreams. Over the long year, mentored in turn by the President, CTO, and COO of the company, I saw too well how the business sausage is made in ways that shook my confidence in the company’s leadership and direction.

Understandably, this was not a year of travel, although I started 2020 with a three-week trip to South Africa, Zimbabwe, and Zambia, accompanied by Ruben, Ray, Adriene, and Lee. Until the pandemic hit, Ray intended to return to Cape Town in the fall to proctor Wittenberg College students. Eight January days in aggressive South Africa taught me that I did not need to go back with him to tackle an even tenser version of San Francisco. We did venture to Africa’s southernmost point, safaried in Kruger National Park, rode a fancy but dilapidated train across South Africa, and got wet under Victoria Falls.

The travel crew wasn’t sure a winter 2020 trip was responsible or even possible in the time of Covid. Ray proposed a safer canoe trip through Georgia’s Okefenokee swamp, bookended with a stay in Savannah, Georgia beforehand and a beach holiday afterwards in St. Augustine, Florida. I feared the first night’s late-December thunderstorm, the sub-freezing camping weather, and canoes capsizing; yet, we had a miraculously wonderful time because of the tenacity and cooperation of the crew of four (myself, Ray, newcomer Ellen, and Adriene). We saw three sunrises, cooked a ton of great meals, and enjoyed assessing whether we could live in either Georgia (yes!) or Florida (no).

2020 brought back family. I flew twice to see brother Ray in Ohio, first for the 4th of July weekend and second for our September birthday, the first time in a decade in which I got to celebrate my birthday with a brother. Ray is a charming host who this year explored cocktail making, perhaps too much. I enjoy my little Ohio rituals of biking to Xenia, walking the Glen, and savoring the safety of the village of Yellow Springs. Ray and I attended the last outdoor Chapelle comedy show, closing unexpectedly early because of Covid.

Over the year, I made regular pilgrimages to Sacramento to visit Ruben in his more spacious digs. I initially drove in Karen’s borrowed car, but then braved Amtrak. Ruben and I don’t do much except cook elaborate dinners (like French onion soup), wander to breweries to fill growlers, and debate astronomical or computational problems. Poor guy, Ruben’s Mom passed away at the end of the year.

With a lot of time at home, I had best fill it… productively. Make art as if nobody is watching. This year, I made more LED sculptures of a higher quality than ever before: 3 Hexes, 3 turtle shells, 4 small Pentagons, 1 large Pentagon, 1 small Mandala, 1 large Mandala. I finally took the time to rework ten years of LED software, initially rewriting the entire Pixel Pusher algorithm, abandoning that to focus on John Major’s DMX King hardware, finally ending up with a low-level port of shows to Arduino C. The lights no longer flicker. They always be fading. Mechanically, I figured out black borders for cells to make the resulting sculptures crisper and better geometrically defined.

With both the work gym closed and me not going to work, I made a deal with myself for health: every day either run a half-marathon to the beach, walk in the city at least for an hour, or follow a yoga routine followed by 70 push-ups and 70 sit-ups. I got to know quite well Tim of “Yoga with Tim,” following his 30-day yoga routine from day 1-30 and back down to 1 several times. For the either months of March to November, I ran two half-marathons each week, totalling about seventy-five for the year (over 800 miles). Although not beefy, I’m in the best shape of my life.

So much cooking. With restaurants mostly closed and me adverse to take-out, I cook almost all my meals which can be a grind. I try to make 3-course dinners, 2-course lunches, and fancy stuffs for breakfast like my own granola and bagels. I spend a lot of money at the healthy grocery store across from Safeway. Ray and I are crazy about online Chef John cooking videos. I follow Cooks’ Illustrated recipes. I’m trying (and failing) to cook less meat. AJ and I still meet for Wednesday lunch in the surrounding Redwood City area. We’re helping each other navigate difficult jobs while he provides me with home-distilled alcohol, such as whiskey and cherry schnapps

This has been an unexpected year for money. I got a tiny raise in September with a job promotion. As I don’t travel much, haven’t bought clothes in awhile, and cook my own food, I’m saving and saving and saving. I was unofficially a brief millionaire when my stocks went up. I’m now holding just under a million bucks, a weird statistic that I can’t really disclose to anyone else, especially in these trying times. I’m regularly trading stocks at ten grand a pop but up to sixty grand for big plays—crazy. I did give five thousand to BLM charities while trying to support better my friends and family who have less than I do.

Alone so much, I finally indulged in fun. Covid both made me feel a retired seventy years old but also 12 again. I took up video games, playing several games alongside brother Ray: Diablo III (too easy), Bioshock (scary and incredible), Hollow Knight (too hard), several indie games (Transistor, Firewatch, Donut County), and the hugely collaborative Don’t Starve Together that has sucked in all three Dudeks along with Todd and Ellen. For the first time, I watched movies on my laptop. Guess what? Most movies are terrible. I’m currently rewatching many of Wes Andersen’s films. I read so much from the library on my Kindle, much of it contemporary, and most of it suggested by my colleague Joe Cañas.

In March, Todd out in Massachusetts started up an online Dungeons and Dragons game. Once a week, I get to hang out with brother Ray and 4-5 other strangers for Lukas the sorcerer elf to win the day against trolls and sea monsters. Role playing actually works better through a computer that can bookkeep statistics and treasure. 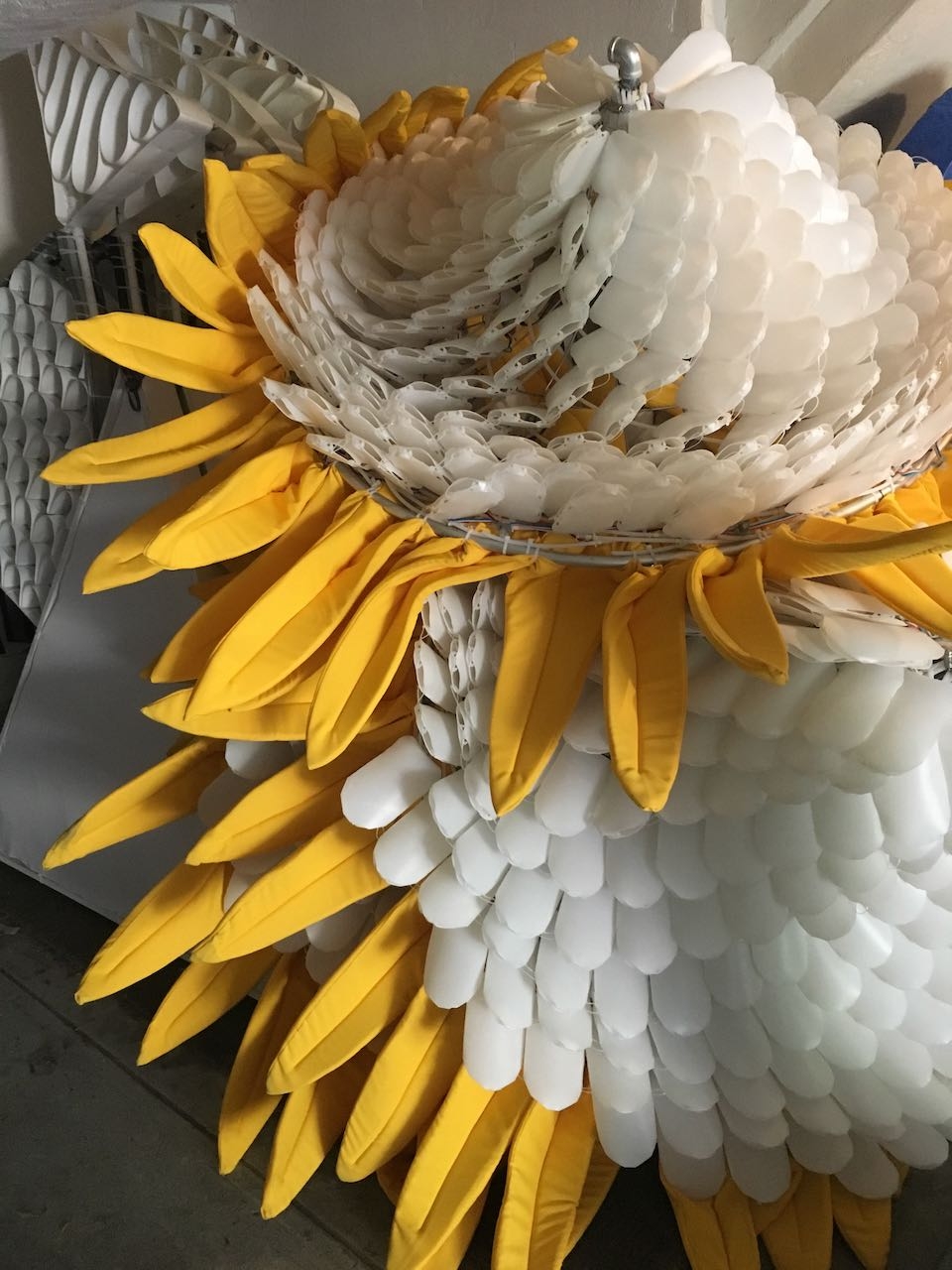