In my roughly eight years in San Francisco, I’ve had four bicycles stolen from me – one around Friday midnight from outside a bar in SOMA, and the other three from my apartment. One bicycle was lifted from my 3rd floor balcony, likely from the roof. The other two bicycles were stolen from my garage. I’ve lost countless seats, bike lights, even an odometer.

Last Sunday, I received a call from neighbor Norm on my return from a weekend away camping in Lake County. He alerted me that thieves had cut the chain around my bike stored in the garage beneath my apartment and had taken the bicycle. This blue Raleigh bicycle, bought just three month ago from a local shop for $1100, replaced my red Cannondale that was stolen from the same garage in January. I had thought incorrectly that this time with a chain and padlock, my bicycles would be safe in my own locked garage. I hypothesize that thieves have regular access to our garage, can case the joint for valuables, and return when they want with tools and time to pry out anything they desire.

It’s hard to express how angry, violated, frustrated, and afraid I feel from this subsequent bike theft. I spent weeks in January finding the right bike for me and spending more than I wanted. I’m now uncertain for the safety of my apartment and myself. Although I fantasize about buying a gun for my bedroom nightstand, I will purchase pepper spray in case of a home invasion.

Presuming now that storing possessions in my garage is similar (or worse) than leaving them on the sidewalk, I have moved everything upstairs and into the fort that is my apartment. That area downstairs is dead to me. I walked all over San Francisco this week to purchase another bicycles for another $1100 that shall live close to my bedroom.

Much died last week. I no longer love San Francisco. This city is full of thieves, crime, grime, and the unwelcome that are out to get me. I’m planning to move away sooner than later, and not to the San Francisco suburbs. Nope, time soon for a new chapter somewhere else like Portland or Austin. I admit that theft is endemic to most cities, but it’s troublesome to fear for a locked bike in your own garage.

Charity and compassion have been extinguished. Despite my liberal upbringing, I now vilify the homeless, the unkempt, and the unwell. Get off the streets and get out of my life. You were never wanted and now you are not tolerated. I’ll be more alert, call the police more frequently, and put up with little. Hate has replaced sympathy.

I used to revel in a new bike as a new companion mount to take me on adventures. Like a man who has married too frequently, I treat the new bike as something sad with two wheels and a tenuous future. Let’s hope we can move together to somewhere safer. 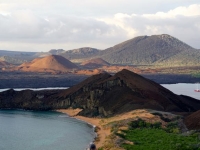