It was a cold spring of 2008 and I had just moved into a drafty house in Cambridge, Massachusetts – my first apartment. The new job, but lack of new friends, put me out of sorts in lonely Boston. Friend Alyson suggested yoga. Hunh? My recent stint in the Netherlands certainly didn’t make me feel new-agey. Nonetheless, I needed something to do.

One evening a week, I would march down Massachusetts Avenue after a hasty dinner to join the large class at Baptiste Yoga in Porter Square. For ninety minutes in their hot box, we would sweat, stretch, downward dog, and eventually slumber – I mean meditate. I was more out of shape than I had thought, and even the beginning classes beat me near to exhaustion.

Still, the instructors, especially Coehli, were incredible. She dispense dadvice both on physical forms but also mental approaches to life. She regularly broke down poses to explain how the limbs stacked and from where the strength built. I grew aware of my body, how I stood, how I curled improperly to bend.

For my two years at Baptiste Yoga, I never met anyone at their large, impersonal classes. Eventually, even my progress tapered. I started running and then ran away from Boston. Transient in New York and Texas, I tried a few drop-in yoga classes, like yoga in Times Square, but otherwise gave up the yoga practice.

When I landed in California, I took up running, and more running, and even more running to train for two marathons. Coworker Natasha started up an at-work exercise boot camp. Two evenings each week, Mondays and Wednesdays at 5:30pm, about six of us coworkers jump on half-domed bosus, bend into lunges, heave weights, and run in place. I’m in the best shape of my life with these bizarre new abs of steel.

Something still nags in my body: in spite of super strength, my back always hurts. I can’t lie flat in bed. I wake up most mornings sore from neck to ass.

Greg suggested yoga. As to most of his suggestions, I responded with “not now” and “I already tried that.” I was busy exercising at work, getting a weekly chair-massage, rowing twice-a-week on a machine, and doing push-ups at home. I don’t have time for yoga.

As with most of his suggestions, Greg won.

I’ve only been twice, but once I get started with an activity, I usually regularly continue it. Tuesday evenings after a hasty dinner, I wander to Yoga Kula at 16th and Mission. There, Coehi’s match, a very kind Chad Stose, leads us gently through poses.

I have returned to yoga, but this second foray is quite different: relaxed, intimate, serious, focused, open, growing. My first try in Boston felt much like a martial art or team sport or learning a new language – a lot of content and wonder without much individual guidance.

Here in San Francisco, there are usually only about eight in the Yoga Kula class, and Chad insists on names. We don’t sweat in a hot box; he emphasizes finding your growing edge over exhaustion.

Moreover, I know this time around what I want to work on. I’ve lived so long unwell in my body that I better locate its locks. It may sound entirely cliche, but I so need to open up my heart and unlock my hips. Thus, I now downward dog with ever-spreading shoulder blades and I upward dog with ever-separating glutes. My shoulders and upper back are a knotted mass of compacted tissue. My legs buckle together on constricted hips.

In last week’s class, as Chad bent me further in a wheel pose, I screamed at him, “I want this to open.” Someday it will. I try now to walk differently, leisurely and square. The back still hurts but less so as my trunk sits in a better stack.

I’ve got a long road ahead, but I finally have a good map. 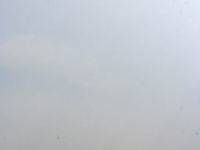