For the last 5 months, I’ve been rewriting much of the LED lighting software I coded for both the Arduino microcontroller and laptop interface of the Pixel Pusher. I tightened up the code base, then implemented Arduino libraries for noise, leds, and shows. I even got fading to work well from one show to the next, although bigger light arrays require a beefier microcontroller board (I choose one called the Teensy) that has more SRAM.

I’ve got just three last goals for LED software, but these goals are ambitious

Have the LED pieces talk to each other. I’d like the Snowflakes or the Fish to synchronize color palettes and shows. I’ve picked the hardware for communication, an add-on board called the xBee which permits wireless transmission from one xBee to all the others. Basically, any xBee can write serial text that any other board can read. I have come up with a message code, such as the letter ‘F’ followed by a number like ‘100’ means set the forecolor to hue 100. I’ve had some success with these xBee boards to get the Fish talking, although really just one Fish screams and the others listen. Maybe the listeners get tired of the screaming, as the listening is not yet as good as it needs to be. Some of the messages are dropped. Sparkfun sells a holder for both a Teensy microcontroller and an xBee wireless module, so once a set of these holders arrive in the mail, I’ll see whether I can wire up the Snowflakes to talk to each other. Pieces should react concertedly but not exactly the same.

Write an iPhone App to control the lights. For the laptop implementation of the Pixel Pusher software, I wrote a Processing interface so a user can adjust the Triangles’ brightness and color palette, such as picking only sexy red hues. I still have to work out a satisfactory controller for the Arduino platform. A company in Los Angeles, Simblee, sells an Arduino chip that posts by bluetooth to your iPhone a customizable app. I’ve had a little success controlling one set of lights with my phone, but mixing the phone controls with the wireless xBee projects have proven more difficult, as both the xBee and the Simblee want to crowd up the Serial channel. I’ll dig more online to see whether someone else has figured out how to combine a phone to board communication with further broadcasting of the echoed message out to multiple other boards.

Make the lights interactive. Interactivity is still all the rage for Burning Man art projects. Most of my projects are merely “set it and forget it.” I’d like someway for the user to affect the lights, but something more than just a box with inscrutable knobs that adjusts hue, brightness, and show speeds (which I have tried twice in the past five years). I’m currently envisioning motion sensors could ratchet up the speed of the light shows with more motion and adjust the hues to warmer colors. I have no idea how well motion sensors respond to crowds. My previous foray into microphones showed that most loud music just saturated the sound sensor. 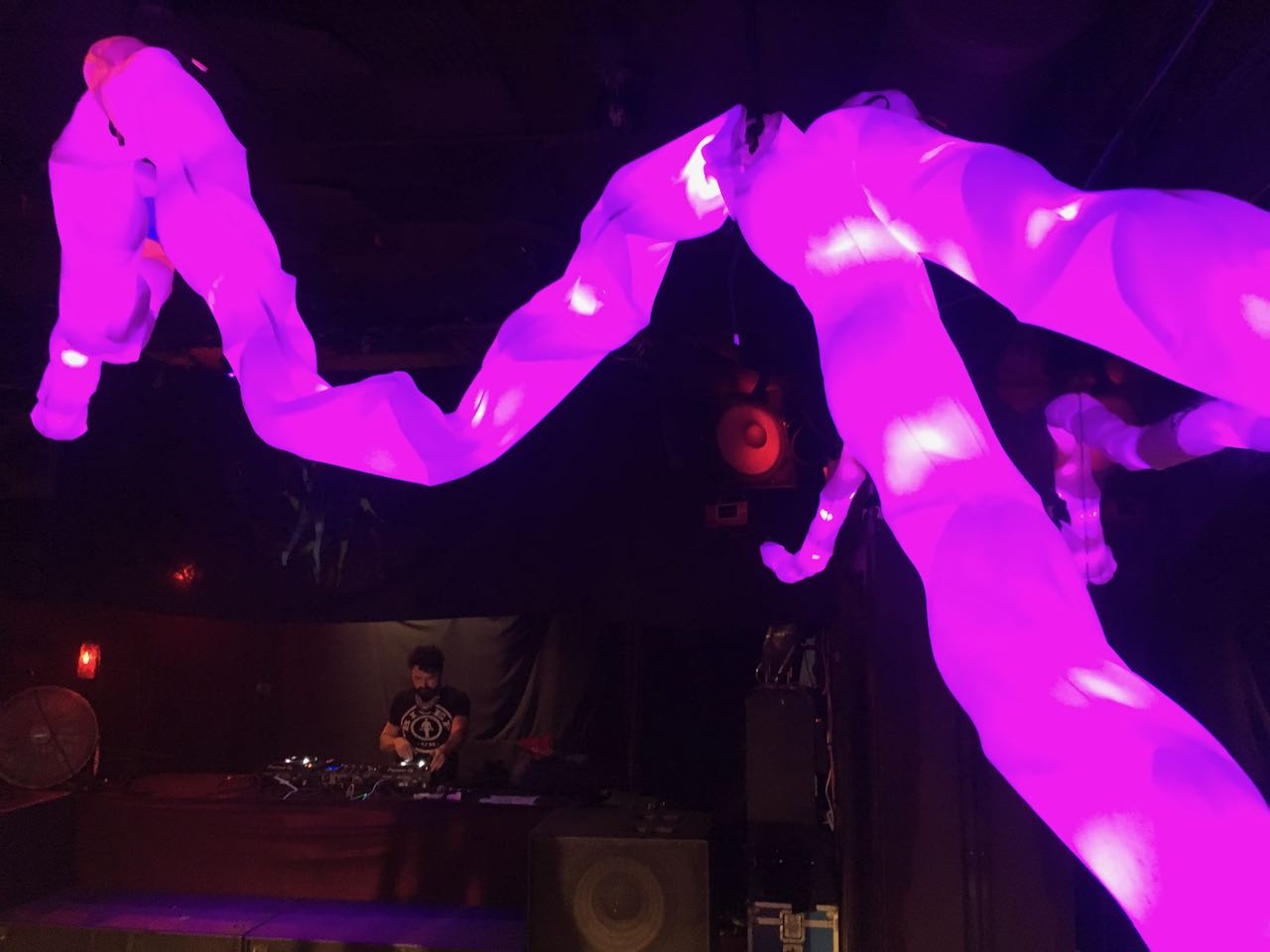