My eighteen trips to the Playa makes me an old man in Burning Man years. I noticed this year that my attitudes to the event have shifted yet again perhaps now similar to those of the elderly: go to bed early, don’t try to do everything, be grateful for your immediate surroundings, and pharmaceutical will no longer work as powerfully as they once did. Nonetheless or because of my calmer experience, I had a wonderful stay in the Black Rock Desert. Out of the many fantastic moments, I have picked ten vignettes below that still happily linger.

Gatherings. Although I camped with the 22-person crew of the art car Pyramid Scheme at 7:55 + H, I did have friends nearby that can be hard to visit through all the confusion of the week. So I set up in advance a dance card for Stephanie and me to spend at least one evening with dear friends. Such planning can seem cumbersome to others, but I am grateful for so many adventures. On Monday night, Steph and I drove around on a half-crazed (more like full-crazed) Pyramid art car. Tuesday, we help run the giant Sheep art car. Stephanie and I caught people coming off the pink slide through the sheep’s anus. On Wednesday night, with Scott and his friend Pete, we biked, walked, and even sailed on a peacock art car across the Playa. Thursday night, we joined Spinach and Giorgio for the best of dinners at Comfort and Joy, followed by an amazing amble through the neighborhood. Friday was date night and dancing. I finished the adventure on Saturday night while the Man burned on a traditional deep-playa bicycle art tour with Stephanie, Scott and Pete.

Tell Sophie It’s Dark Pyramid Night. Stephanie arrived Monday just before sunset and four days after I set up camp. As she and a helper lugged in her luggage, I had already reheated our chicken tikka masala dinner. Soon after, we ingested dance vitamins and hastily boarded the Pyramid Scheme art car for Sophie’s early-evening cruise around the Playa. We drove about three city blocks when the Triangle lights went out. The art car was dark. I dove in the back of the mail truck under the bottles of champagne to triage the mess of lighting electronics. Unplug everything. Plug in everything. Repeat. I couldn’t get the lights to turn back on, but we may have blown an ethernet cable. I stored a spare cable back in camp. While the rest of the crew waited on a dark, parked steel frame in the middle of a city street, Stephanie and I stumbled confused back to home base. I did find the ethernet cable as well as Major having his own dinner. “Pyramid lights are out? You’ll need back-up lighting. Here, take these.” Into our arms, he thrust two flashing light bars as well as a red fluorescent bulb light for good measure. “Tell Sophie it’s Dark Pyramid Night. She’ll know what to do.” Back at the car, Stephanie help figure out that the Pixel Pusher lacked power. We just needed to jiggle the wire. Adventure isn’t always expected or appreciated, but the mayhem to turn the car back on was in retrospect quite hysterical and enlightening.

The Unexpected Hotdog. On the bus ride out to the Playa, Stephanie circled events in the guidebook that she wished to attend, especially anything featuring hotdogs. I don’t eat hotdogs (see two-star restaurant below). Staggering home by bicycle one cold late night, I heard, “Get your hotdogs here.” Stephanie and I stopped, waited not at all, and devoured hotdogs with everything on them. It was glorious.

Music to MOOP by. Wednesday night, we had a late start. Former coworker Scott had just pulled into his camp at far-out 8:15 + I. It was past midnight before Scott, Stephanie, Pete and I saddled up on bicycles to head out to explore the Playa. We hit Center Camp first, then rode down the central arc to the Man and beyond. Frazzled Pete toted a bag full of the strangest gear, including a toothbrush, hard drive, car keys, and tongue scraper. Something of Pete’s broke and next we knew his beaded necklace scattered to the playa like a bowl of spilled Cheerios. While we scrambled to pick up the infinite small beads, Scott noted that the distant tribal music was “music to moop by.”

Golden Guy. Hapto told us about a San Leandro-based collective that put together tiny bars, some of them as small as 4’ x 8’, so that the walls and fixtures can flat pack for easy transport. Thursday night, Spinach, Giorgio, C.G., Stephanie, and I took a tour through the Golden Guy complex. Each bar was exquisitely different, ranging from a goth bar called the Bore Hole, another with a rope-ladder tree house, to a tropical gay-sailor bar. The tiny spaces were convivial, interesting, and intimate – and there were enough bars that you never wanted to leave. I’d love to help put together a Golden Guy LED bar of my own.

Driving up with Justin. I needed a ride to Burning Man on Thursday, and yet the Burner Express bus did not start service until Saturday. Campmate, Oakland queer artist, and overall rockstar Justin offered to pick up me and my cooler at 5:30am in San Francisco. We zoomed out of the city in his full truck as the sun rose over the Bay Bridge. In some ways, we couldn’t be more different. In other ways, we are quite similar. He’s an amazing shining star. I’m not just grateful for the ride, but also for the extended period to get to know him better. We talked and talked and then he put on some great music, new to me. Thanks so much.

Two-star Restaurant. I’ve never figured out camp cooking. I prefer to prepare fancy meals in advance back at my home kitchen that I can freeze on dry ice and then reheat over the course of the week. I put together Vegan Chili, Thai green curry, Chicken Tikka Masala, and Lasagna. With my heat + eat strategy, it was easier to prepare these fancy dinners than figure out how to cook spaghetti at four-thousand feet elevation in the desert. Last year I finished the week still with half of my larder that subsequently rotted horribly in the cooler on return to San Francisco. This year, Stephanie and I made most nights three or four portions that we could eat ourselves and give out to the starving, like Kev Mo one afternoon and Eric Love another evening. I served Indian food on nacho chips and added dried kale to the chili. With lots of ice to spare, we ate the last perishable portion on the last night. It felt glorious and grounding every night to come back to a two-star restaurant.

The Radiolaria. Before I left for the Playa, I noted FoldHaus Collective’s newest LED work, a little ball of lights they called The Radiolaria, based on a spherical radiolaria. I wasn’t prepared for how big, bright, and spectacularly this microorganism shone in the desert – by far, my favorite art piece this year.

CeBo. Like my friend Ruben, I like dive bars. My favorite bar on the Playa is Sacramento based Celestial Bodies. Campmate Jamie mentioned a struggle to get a drink at another bar: “The bartender rolled three dice, figured out the shot I was going to drink, and then had me drink it off of some hairy dude.” Celestial Bodies has just one cocktail, a Playa Cosmo, made from vodka, Gatorade, and cranberry juice for vitamins. There’s no dice rolling although there are plenty of hairy dudes. I had many an afternoon Playa Cosmo at Celestial Bodies that I’m rebranding CeBo or C’est beau if you prefer French. CeBo is close enough to pop into but far enough from my camp that I can just hang out without anxiety by my tent that I should be organizing, putting up something, or studying the Who, What, Where, When Guide.

The Speakeasy. It’s quite late Thursday night (more like Friday morning), but Spinach and Giorgio know a speakeasy across from the post office at 9 + B. We trepidatiously pushed in two unmarked doors with little grilled windows to enter into the most ornate room I have visited yet on the Playa. A king-sized fur bed took up most of the real estate competing with a living room set facing a large fireplace. The wallpaper alone took three days of work. Fabulous sculptures and paintings starred out from nooks. A DJ played klezmer techno from decks atop a credenza. This speakeasy wasn’t stuffy. It was spectacular. 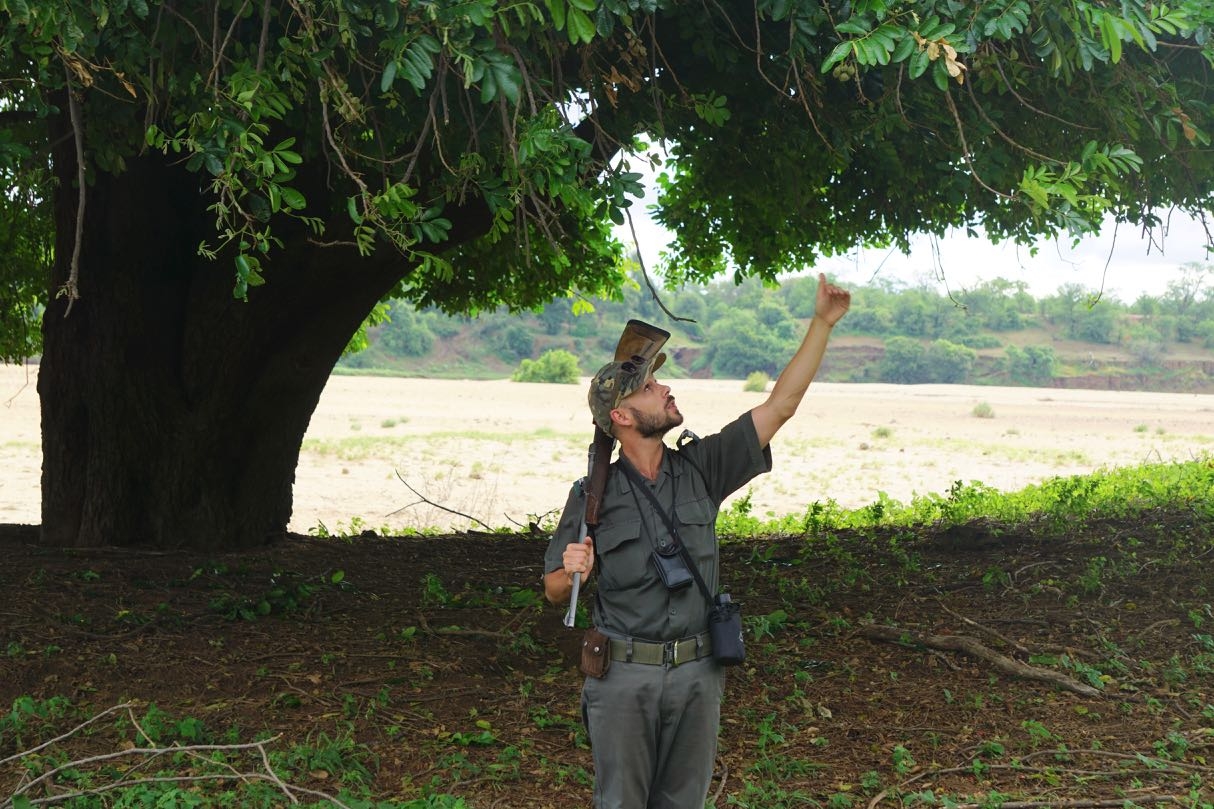