Ruben and I have fancy dinner about every year with two friends from Sacramento, Omari and John. We pick a place, Michelin starred of course, and an occasion, like a birthday. We’re tried Chez Panisse in Berkeley (simple and overpriced) and Commonwealth just a few blocks from my house (decadent and warm). As most Michelin starred restaurant follow the lines of either French or Japanese cuisine, I wanted to try next Californios, a Mexico-inspired, two-Michelin star restaurant located in the Mission district of San Francisco.

Ruben made a reservation for the day after his forty-sixth birthday. John (who happens to drive from Uber and Lyft) picked us up from Ruben’s apartment. En route, the four of us stopped at a lonely gas station to buy Mega Millions tickets (none of us won).

As John and Omari were driving to San Francisco from Sacramento just for the day, I wanted to make the excursion worth their time. Our dinner reservation wasn’t until nine o’clock. So for the afternoon, I took them to the Apothecarium for fancy cannabis, stopped by Crossroads so Omari could pick up an overcoat, and walked us to Trick Dog for fancy cocktails followed by a look at the San Francisco-themed miniature golf course called Urban Putt, conveniently located across the street from Californios.

Like Commonwealth and Lazy Bear, Californios barely has a sign, just a white circle and square on a black background. I guess you either recognize the logo or you don’t. The restaurant is a windowless shoebox, outfitted in ornate wooden black, with a long bar on the left and two- and four-top tables on the right. I suspect only about 16 people can dine at once.

We were early. They sat us anyway. Good sign. We meandered over the next three hours through twenty small courses in the haute-cuisine style of tiny plates. So was it good? Worth the $246 (with tax and tip)?

Positively, Mexican flavors opens up Californios to some of the tastiest in fine dining. “What is this?” I wondered. “Ah, spice.” Many of the dishes were peppered with peppers that cut through the rich fats and sparked the tongue. Restaurants trapped in the French style often are limited to subtler notes. Commonwealth in the winter featured fermentation and in the spring spicy greens.

The first six courses did not require cutlery. We ate several tacos, yes, tacos, a fried bunuelo cradling figs, and a tostada topped with caviar that looked like Chichen Itza. My favorite dish was more caviar floating in a Rancho Gordo bean puree. Californios did not shy away from the staples of Mexican cooking (both low and high); it leaned into them, featuring beans, corn, squash, even chicharrons (not pork skin in this case, but pressed black barley).

Negatively, I lament that fancy restaurants tend to feature the same macro-proteins. Dine here and you will almost always get wagyu steak, caviar, sea urchin, a fancy fish, and lobster. I suspect that for the charged high price, diners expect a high-value return on their investment. Nonetheless, restaurants seem to scramble to force in these luxuries. At Californios, the wagyu was wrapped in banana leaf, the sea urchin met up with yuca, avocado, and pine nuts.

Although the small courses were artfully displayed, no single dish wowed me to a new plane of food concept. Fundamentally, Californios isn’t the haven of molecular gastronomy for which a restaurant like Saison excels, so no foams or glazes. I did find clever a lot of Californios food pairings (speaking of which, Ruben says the wine pairings were terrible value). I have learned to serve salmon with tomatoes, lobster with corn.

I don’t have an easy $250 to burn on a meal. Yet, I do live in a center of haute cuisine, quite close to several Michelin-starred restaurants. I don’t want someday to leave San Francisco having never dined at these offerings. Most of all, I thank our company of John, Omari, and Ruben. Happy Mexican birthday, Ruben. 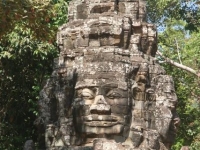