My company offers to pay annual subscriptions to professional societies like the American Chemical Society. Before attending conferences, I’ve often needed to join and renew memberships to procure a discounted member’s entrance fee.

I let my ACS membership lapse last year, prompting a wave of renewal letters in envelopes of increasingly brighter shades. I wasn’t planning to attend a conference or use professional resources to get another job, so why renew?

Now that I contemplate moving on from this job, I renewed my ACS membership. The Society sent me a stack of back issues of their trade publication, Chemical & Engineering News.

Back in the day, I would avidly consume each thin weekly issue to track trends in chemistry, lust over those faculty getting prestigious awards, and try to suss out promising projects or companies for my next endeavor. Whitesides published again in Science? Toste won a young investigator award? Perhaps I should learn more fluorine chemistry.

Last week, I dove into this back-issue stack of C & E News to find that everything had changed. I lazily flipped through an issue, read a few headlines, tossed it, and then moved on to the next. I no longer care.

My apathy may signify a midlife balance between cynicism and realism. The same cabal of venerable professors win the round-robin of annual chemical awards based on name recognition and decades-old accomplishments. ‘We have to give this award to someone, so let us pick the next person who has yet to be recognized.’

Newer chemical work – that Suzuki reaction, now catalyzed with iron – no longer excites me. The weekly magazine, indeed the whole chemical society, is incentivised to make chemistry grippingly exciting. In almost all cases, contemporary chemistry actually is slow, ponderous, highly specialized to the point of arcane, usually irrelevant to those outside the narrow community, and occasionally fabricated.

C & E News not only touts the massive value of a career in chemistry but also laments that so many chemists still can’t find work five years after the 2009 recession. How the cognitive dissonance? Chemistry’s heyday in the United States was in the 1940s to 1970s with the rise of small-molecule (drug) synthesis to fuel big pharma and the advent of synthetic polymers. As Dustin Hoffman was advised in the “Graduate,” the word of the 1960s future was “plastics.”

Sure, there remains need for chemists to do routine water testing or methyl-ethyl-futilate carpets for better stain resistance, but the power and glory of chemistry, especially for the next generation of young people, has moved on a long time ago to sexier and perhaps equally faddish professions in software engineering and the classic standby’s of law, business, and medicine (money for money’s sake).

Furthermore, both industry and investors have put the pinch on the discipline. Industry realizes how expensive chemistry has become so pre-eminence is put on what is available now off the shelf. What needs to be made can be made abroad. Synthetic organic chemistry – once the provenance of the most macho of chemistry graduate students – has reverted to the likes of plumbers, hacks, and explosive misanthropes. Investors also realize that hard science projects are indeed hard so they rather bet on software applications like ‘Facebook for Cats’ that could crank out frivolous money in months instead of decades. Even big pharma, the pillars of the industry, prefers to gamble on boutique synthesis shops, acquiring and discarding them, than do chemistry themselves.

And so I struggle. I left my last chemistry job in 2007 because I grew too bored with it. I will leave this job in 2014 because I am bored with it. Is it me or the profession? It certainly is hard for an envious chemist, like myself, to live in Silicon Valley next to the bounty of Goggle and the computer-types WFM’ing (working from home) while I commute to the same dreary lab at a salary much less than my compatriots.

I got my Ph.D in 2001. If I quit chemistry for good in 2014, will I be happy with this educational investment? Do six years of graduate study followed by three years of post-doctoral work justify employment for almost nine years? It calculates to one year of education for one year of employment.

I do know that if I were a college student in the late 90s, as opposed to the early 90s, I would have pursued computer science instead. In the early 90s, the fading tail of chemistry’s glory still lingered to assure that science was at least a respectable profession.

Now, though, I feel like I bet wrong and struggle both to figure out what is next and how to get there. It is likely too late for re-education at 41, but how do I convince an employer that I am fit for intellectual endeavors other than chemical analyses, surface treatments, yawn (sorry), and simple small-molecule syntheses?

Yet my outlook is not all bleak. Those almost six years of graduate school were quite happy, if not remunerative, years. Chemistry brought me easily to Texas and on to the Netherlands in placements that fit and were challenging. I’ve met like-minded friends and intellectual powerhouses through the discipline that may be harder to find in business or isolated coding in my basement.

I left my previous job at E-Ink in a similar funk. My ensuing trip around the country was initially couched as what career should I try next. I concluded that the problem wasn’t necessarily the career but the particular company and my role in it. My restart at company in 2008 two felt fresh, valuable, and competitive for at least a few years. Perhaps chemistry still has some life left for me, but I admit that it gets harder to find, especially if I no longer find interesting the subjects of chemical research. I’ve got another stack of C & E News to throw out. 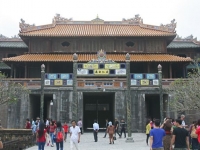