For our winter trip of 2018, my brother and I flew to Havana with friends Ruben, Lee, and Adriene for ten days of exploring embargoed Cuba. We set up shop initially in Havana’s gritty Centro district for a look at the neighboring Habana Vieja, teeming with Hemingway haunts, mariachi bands, and tasty tourist food. Lee hired a fancy 1960s automobile to take us three hours east to the beach spit of Varadero. Although it rained one day on Varadero, we mostly played board games and drank rum and coffee. After the beach, we bussed south to the cobbled colonial town of Trinidad, where we ate ropa vieja around a giant ceiba tree, danced until late underground in a cave, and hiked up a hill to smoke cigars purchased from the local factory. To conclude our Cuba trip, we bussed back to Havana to stay in the new part of the city called Vedado. We had amazing fresh pasta at a Italian restaurant, watched sunset from a top-floor hotel bar, danced until late in a former oil factory, and listened to 50s cuban music at a cabaret show. 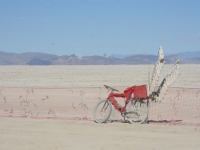