On the way to the grocery store, I walked by an inquisitive gentleman. When I exited the store, the inquisitive gentleman asked if I had a minute. Of course I do. He resembled a tropical Wilford Brimley in an Aloha shirt and gray mustache. Wilford told me that he just got in today from Hawaii. He wanted a few bucks for a hamburger at Burgermeister. I retorted with a pat “I’m umemployed” excuse and walked onward.

The encounter rankled me later that afternoon, an esprit d’escalier but with me falling down the stairs. I wanted to ask Wilford whether he had considered lunch when he flew in from Hawaii. On arriving, did he plan to ask San Francisco to provide a hamburger? I’d like a hamburger too, but I cannot afford financially and physically to eat every day at Burgermeister.

On the one hand, I’m getting more upset at the demanding culture of the city. You have money, I don’t, so give me some. I want to support good behavior and avoid bad behavior, so I don’t give away my change. I fear that if I give and everyone else gives, then more people will ask for change on my way to the grocery store. It is why you don’t feed the pigeons.

On the other hand, these are not pigeons; they are people, human beings down on their luck. I have gotten luckier breaks than most, and I hardly cherish my good fortune. Folks may become homeless for all sorts of terrible misfortune. Why is this one snide rich kid–me–judging Wilford for his desire to have lunch?

Income disparity can predict social and political unrest. Mary Antoinette exhorted, “Let them eat cake,” before she lost her head. As tech people and money flood this city, the homeless have proliferated and been forced to the margins. Palliatives like change do not fix the root causes. Drastic structural changes may be required like higher taxes and enlarging social services, neither sadly is likely to happen soon.

I hope Wilford gets his hamburger. I’m not sure why his quest bothered me so. 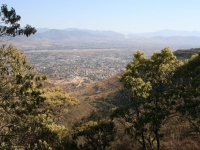