Like levels in a role-playing game, there are stages to attending Burning Man. A great generalizer, I enumerate these stages as follows:

At Black Rock City, everything is unexpected and overwhelming–the lights, the scale, the crazy people–and most of all, the environment. Days are scorching: August in the fucking desert!? Nights are shockingly cold. Dust is everywhere, in bags, in food, on the hairs of your arms. Yet the playa is achingly beautiful, making even a can of Spam shine.

The culture is amazing…ly weird and shocking. No money!? No jobs!? This crazy utopia needs transplantation back to the rest of the world. Much time is spent chortling with strangers effusively over common amazement.

The week is a slog from one harsh environment to the next, from an unexpected dust storm to a night’s assortment of pills, to a glaring day-long hangover. Cooking consists of a sack of nuts, Clif bars, pudding cups, and way too much Ramen. The stove never got unpacked or someone forgot propane.

Pictures are taken often and haphazardly… of everything: the surreal blue Porta-Potties, cracks in the ground, and passed-out friends. Pictures are needed to document experiences and prove existence to Ma and incredulous co-workers.

Costumes are cobbled together from fun fur, your brother’s Fez, a feathered boa (not allowed? Whoops), dresses (if you are a guy), and military surplus goods. There is not much sewing, mostly creative use of safety pins, hot glue, and staples.

Batteries, so many batteries, are consumed and thrown away in headlamps, air-mattress inflators, electroluminescent (EL – it is “el” or “E.L.”?) wire, and Christmas lights.

If the beginner is buffeted and baffled, the intermediate strives to control the environment and overcome the elements. Black Rock may not be beaten, but it can be tamed.

How to make the desert bearable? Years are spent building, collapsing, reworking, and perfecting shade structures commensurate with engineering fades. Throw tarps over PVC hoops to find relief from the sun, but tarps turn into one hell of a chaotic sail when the wind blows. Try next a geodesic dome, bought from a friend, with jagged and bent struts that never bolt back the same way. Try instead a trendy Styrofoam hex-a-yurt. These impregnable huts do shut out both the sun and outside cacophony, but a yurt reeks from a week’s worth of fetid bodies (like your awful, fighting roommate) and eventually flakes away into Styrofoam crumbles. Whoops.

Cajole friends into a theme camp. Learn organizational dynamics and the difficulty of even a simple project. Friends fall into fisticuffs when one partner sleeps with another couple. Whoops.

Freshen up cooking on the Playa. Indian food isn’t bad from boiled bags. Some vegetables, like potatoes, do survive the week. A small stove can make a great cup of coffee.

Schedule the drugs in a weekly regimen to prevent tolerance and cross-reactivity. Still take too much and suffer agonizing, stark-day hangovers.

No need for so many batteries. Rent instead a little gas generator. Put its rumble far away from your own camp, much to the consternation of your woken neighbors.

Costumes become more abstract and themed with the camp. Everyone dresses one night as rabbits, the next as rabbis, and the last as rabies. The new camp member’s girlfriend has a sewing machine. Score!

Take photos of cherished art, art cars, and installations during pinpoint tours of Center Camp, the Temple, and the Man. You know what you like – bag those images on Playa bike safaris in saris.

You’ve figured it all out. You can live comfortably in the desert almost indefinitely. You have rented a storage locker in Reno from which you cart out your quonset hut and nested tents. You figured out the superiority of porous agricultural shade netting (or fancy aluminet) over impermeable tarps. You rented a truck with a trailer to haul matching living room furniture to the desert, furniture that otherwise sits in storage 50 weeks a year.

Your kitchen unfolds into four burners, a lobster pot boiler, and three types of coffee makers. You eat vegetables most nights with the occasional mango because a restaurant supply company air-drops fresh produce and salmon twice weekly to your camp.

Center Camp, bah! The Man, you have not visited for years! The Temple is for tourists. The best parties are at 2:00 and K, and may require an invite. Fortunately, you know Platypus and most of the indie DJ’s on that particular art car.

You are part of a village, a giant art car, or a granted art piece. You arrive a week before the gates open to the plebian masses so that you can set up, acclimate, and commence the drug regimen.

Benders before gates open are for pros. Drugs have moved on from “E” and pot cookies to obscure combinations of numbers and letters: 2-CB, 4-alpha, 25-i. You consume these Scrabble tiles mostly by yourself or feed them to your unwitting friends.

You have seen already much of the art from previous years, or art like it. The Cubatron LED array is this year a toroid, last year a gherkin. The flaming octopus is back–it was so grand (amaze-balls!) two years ago, now it looks a little tired.

The camera stays home. Why photograph what you have already seen? Furthermore, everyone back home already knows you attend Burning Man every year and are tired of your stories and pictures.

The little generators have been sold in favor of an electrical grid dropped like magic by either Solar Snow Koan or that friend from DPW. There’s a large freezer for perishables and a small propane-powered refrigerator for coconut water and fancy beer.

Yet, with so much overcome over the years and so much already seen, why are you here? What brings you back, year after year after year, when every year you assert that this year is your last?

I don’t know. There may be an Expert fourth stage that I have yet to unlock. 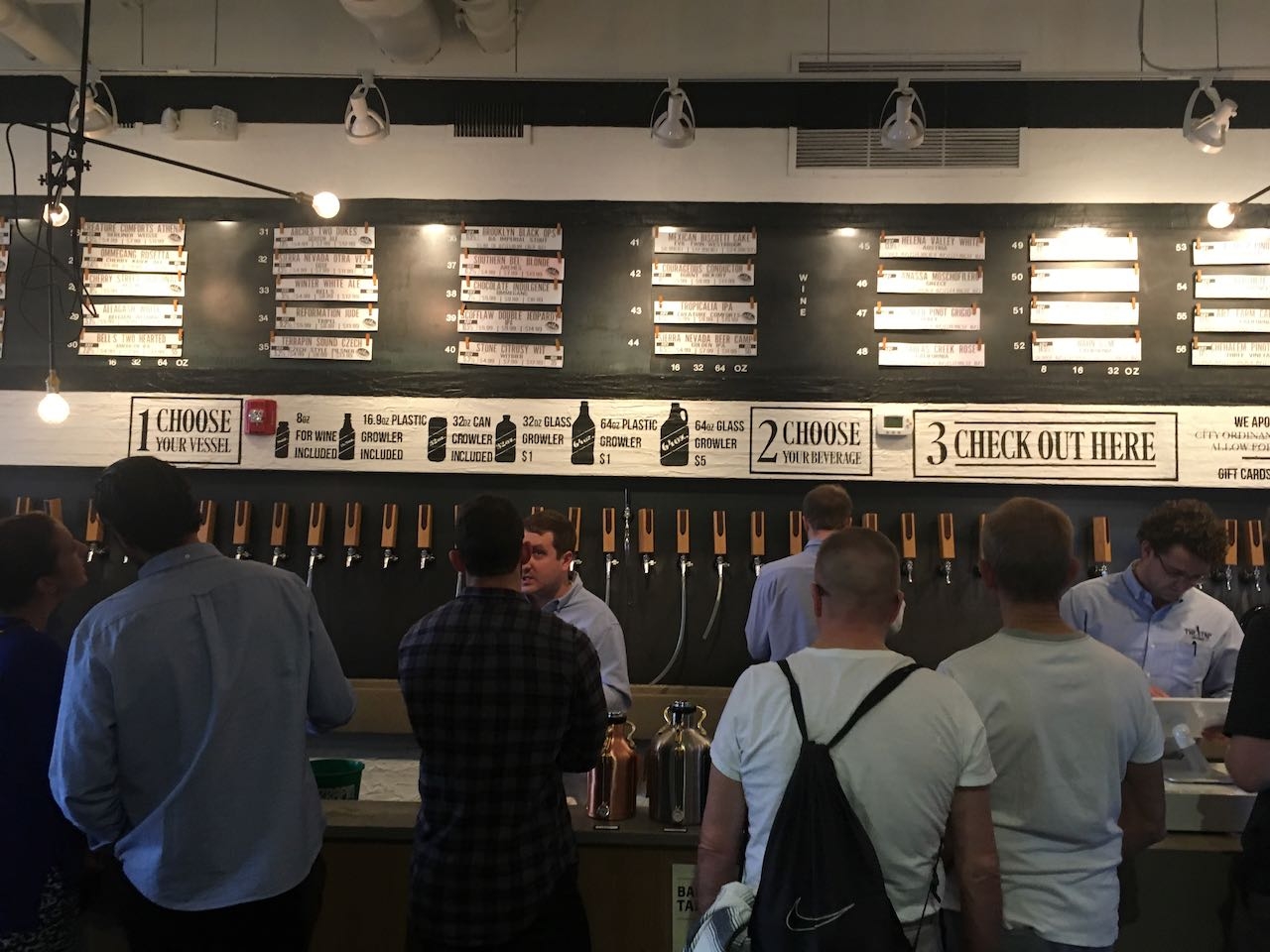