Will is dead. He died last week in a motorcycle crash. I’m sad to have discovered the accident while searching Facebook on Thursday night for party details. Death blindsides the living, but must we announce mortality on Facebook? Many continue to post pictures of him to his account to memorialize his good works.

Will is dead. He may care now little whether I extol or besmirch him. No need to use pseudonyms or obfuscate. I met Will in 2007 on a dance floor in a gay bar. It was Friday night and the bar was the Café on Market Street quite close to Castro. We discovered we both were runners and smart. Will was never a drinker. We left the bar quite late to head back toward my apartment in the Lower Haight. We ended up making out in dark Duboce Park like a bunch of high school kids. I did not want yet to take this unknown guy home.

When I did eventually take him home, he liked me almost immediately for the compact fluorescent lightbulbs in my house. One bulb burnt out recently on his passing. Will was so obsessed with power, renewable power, that he set up his own solar panel installation company and called himself Will Power. I’m glad my apartment did not have incandescent lights as we may not have connected further.

When I took up running in San Francisco, Will and I ran together a few times on Saturday morning as part of the Frontrunner’s Club. Not only did he run faster than I did then, but also he goaded me on to my cardiovascular limit. I would huff and puff and chase after him. He ran marathons obsessively, always training for the next event, always running away.

I watched Obama’s first Presidential Election returns in Will’s house on the Haight near Divisadero. Will lived mostly far south near Los Angeles in college town Pomona, California, where he was a hit with the ladies and gentlemen alike, but when Will visited San Francisco, he stayed in this sprawling house with the Nepalese face on the garage door, many floors and a hot tub outside. Will and I made use of that hot tub, for nefarious purposes. I may have gotten a venereal disease from Will, but one is not to say ill of the dead. The older gay couple that owned the house quite liked having Will and I around. As more states decided for Obama that election night, the San Francisco streets went crazy alive outside Will’s house.

I spent the night the Man burned in 2011 with Will. He dropped acid for the first time. He quite enjoyed running alongside our art car, but would not eat gummi bears for fear of corn syrup. My notes for three years ago read, “Will visited during the Saturday evening sunset. He usually is busy fixing the many solar panels that power camps like Comfort and Joy, but he asked whether I was free that evening. With a crew of seven, he wanted to drop acid, jump into a boat, and sail the Deep Playa. Although I only knew Will of the group, I jumped at the opportunity.

“Just after dark, a wizened chaperone distributed our wares along with a supply of valium in case our nerves got too frayed. We boarded our dinghy and set sail. The desert does not have water, so the craft was actually a modified car made to look more like a boat. Instead of a sail, we steered by pilot’s wheel, brake, and throttle. Dangling overhead Christmas lights provided ambiance and insurance that we wouldn’t get rammed on the waters.

“We sailed to the deepest of playa quite near the trash fence. We dropped anchor, disembarked, and awaited hallucinations. The Man burned. One of the group wondered whether she was dying. I was dressed – as one should be – as an electrodinosaur. Will and I tromped off from the boat to fish from a pier. We caught nothing except for gummi bears, goldfish, and good cheer.

“Despite my frequent anxious wish to be everywhere else, it was a profound evening. The boat’s isolation in the desert shipwrecked me with our crew on our island. Our band of seven reacted in different ways, much like those on Gilligan’s Island: some of us were catatonic, others fearful, some inquisitive, and others tired. Perhaps it is my personality, but I desired adventure. The boat would not go fast enough. Lights could not be bright enough. People could not be warmer. Roar, roar, roar was the mantra of this dinosaur.”

A fellow bisexual, Will always wanted for me to hook up with him and a girl, any girl. He would infrequently parade a girl my way but she never was the right one. I can’t believe the prospective girls put up with us. Will was a charmer with dates all over the states. Back in 2007, I considered a relationship, but Will was pathologically averse to dating. The closer I got to him, the further he retreated.

I last saw Will at the end of August 2014 in the Nevada desert on the sheep bus Tuesday night at Burning Man. As usual, he wanted me to go home with him, but he didn’t push hard. My life was steering a different direction that evening as I had to crew the sheep bus until dawn. Will spent the Burning Man weeks setting up and adjusting solar polar arrays for camps and installations all over Burning Man.

Will Kortoff is dead. He died last week in a motorcycle crash. I read that he was a passenger on the motorcycle and not the driver. I don’t know where, when, or how. Does it matter?

A person is a collection of incidents, much like a roll of film decades in shooting and then left in a drawer. We never get to know another quite as well as we would like.

Here today, gone tomorrow, life is quite sad. Sage told me that with the passing of her mother, a unique light has been extinguished from the world. Will and I will no longer flirt with each other. He will no longer harass me for my conspicuous energy consumption or compliment me on my marathon race times. He was energetic, difficult, unbound, wandering, and most of all: Will. 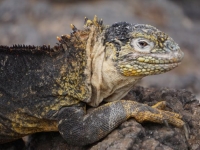