I type on the counter of Old Soul coffee shop in Sacramento, having just dropped hubby Ruben off at Sacramento State College to teach his history class. Despite intending to sit for a year, I certainly move around a lot. I await my lunch of quinoa burger and debate the café’s cookie French toast. Sacramento burns today with ninety-degree, mid-October heat.

Since driving back to California at the end of July, I have been installing art about twice a month. Organizations want eye candy for their events, so I frequently set up the Platonic Solids to amortize the Solids’ construction.

The Burning Man organization hosts in San Francisco a Sunday afternoon street fair. As the street fair falls in October after the main August desert party, the fair is called Decompression. I responded to a call for artists with my proposal to set up the Platonic Solids. The lead art coordinator accepted my proposal with the caveat that art could neither be hung up nor staked down due to park regulations. Under those restrictions, I equivocated but accepted the call for art. Although I would not be financially compensated for my contribution, Decompression is good exposure for my work and I could get free tickets to the street fair for myself and my crew.

Greg asks whether I have an installation plan. I suggest an unorganized pile. I’m so terrible at engineering and rigging that I run out of ideas for this park installation. On Greg’s admonition, I preview the Solids’ skeletons together in my back driveway and try strapping structures to empty crates.

Sunday morning at 9am, we drive to the park. We have until noon to put together our work before the gates open to the masses. I suggest a two-hour construction time but I often underestimate. I am oddly nervous. I don’t mind wrangling my own art, but when I invite others along, I want joy for them. I care less how a piece looks and more about the experience of working with it. Is this art pleasant to set up and take down? Or does it make me miserable?

I import Ruben from Sacramento to help set-up the icosahedron. Jason and Tom ride into the park on their bicycles. Rob arrives soon after. We are a team of six! In just one hour, we put together the Solids, affix the covers, insert the plastic cones, and strap the beasts to empty crates. Tom blesses the rigging, a gesture that calms me down.

While other crews wrangle gear out of moving trucks, we depart for brunch. I worry that a large spiked balls might blow over, but that remains a problem for the masses. 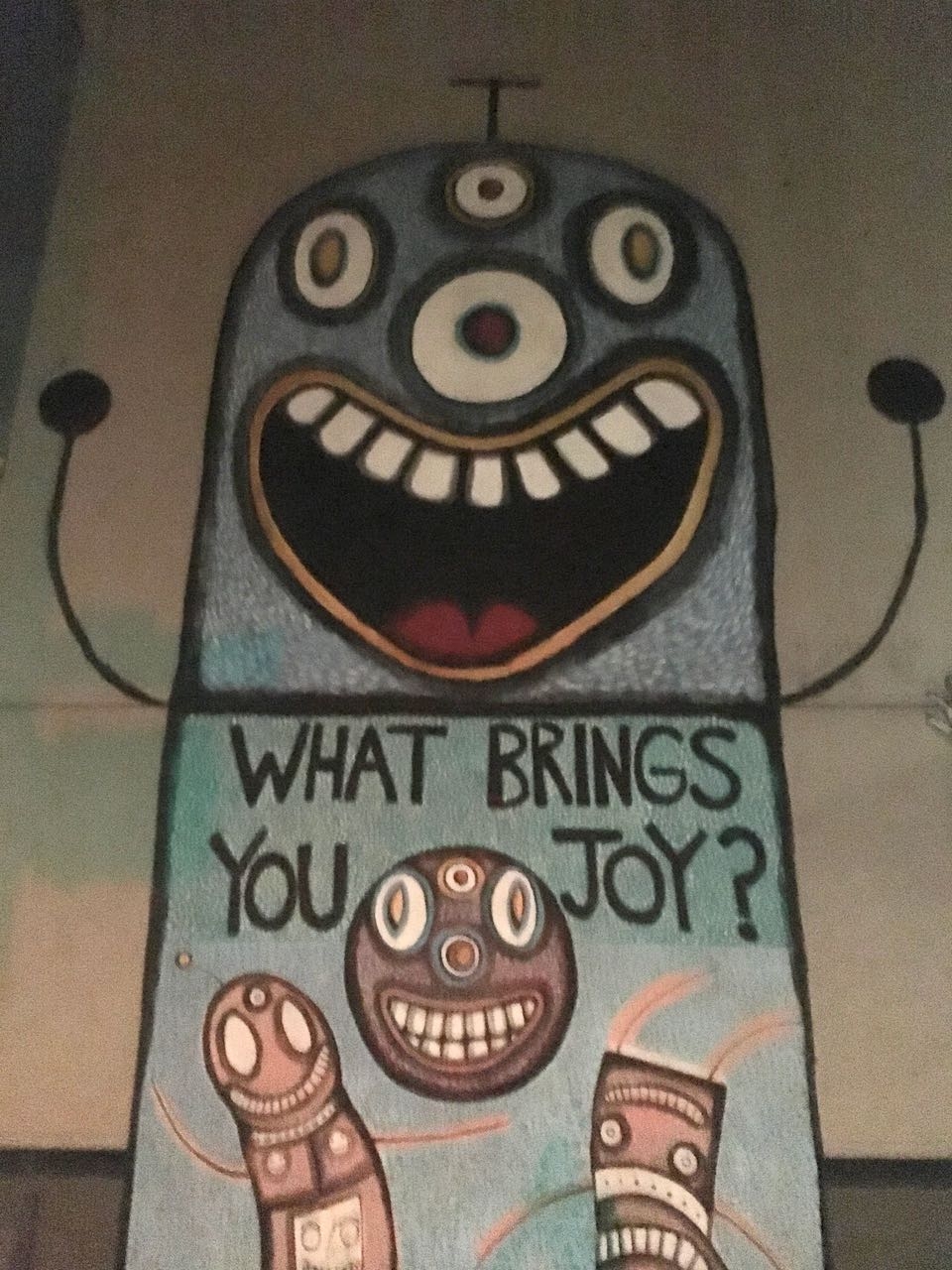