I present an exercise to the reader. In the following essay, San Francisco-based impresario Chicken John lists experiences he had because of the Cacophony Society. Each experience reads as surreal phrases like “Drank so much absinth that I played Battleship! with God.”

I have had grand moments that could read bizarre if epigrammatically, such as:

Hitchhiked through the Jordanian desert. Took 3 with me. And survived, except for the fight at the roadside lamb roast.

Born with two others.

Navigated an all-day job interview. In a foreign country. On hallucinogens. And got the job.

These feats, more like experiences, I’m not always proud about, but phrased well, these experiences read awesome and foolish.

So what have you experienced, conquered, undertaken, and lost? Write now before you forget later what happened. You future self already thanks you.

Here is Chicken John’s list of “Experiences I had because of Cacophony”:

Face fear of heights. And defeated it.

Became an effectionato of roadside attractions

Dug up a coffin

Drank so much absinth that I played Battleship! with God.

Learned to work a crowd

Ate eggs benedict in a tux at a junkyard

Etched a dogs tombstone at a pet cemetery with wax paper: Fluffy   Where’s the ball?

Drank Champaign out of a toilet

Told a police officer “There is a lot less going on here then you think.”

Posed as a native American with 30 other white people, did a bogus drum ritual on sacred land as tourists watched.

I told someone I was “From the government” and was believed.

Discovered that being the butt end of a prank is better then being the prankster. Most of the time.

I had a overpriced yard sale and was charging $30 for a chalkboard eraser. “You really can’t find these anymore.”

I shot a rifle at a full propane tank and blew it 120 feet into the air and it left a mushroom cloud.

Giving people nick names that have stuck for 2 decades or so.

It was at a Cacophony event that I felt for (the first time) that I was actually the dumbest guy in the room.

To defend art, and define it. Physically. With force.

It’s because of the Cacophony Society that I was able to clearly see that I had been taught that women aren’t as smart as men. And unravel that ball of yarn.

Helped at a haunted house that gave ME nightmares. One room was covered walls floor and ceiling with meat. I can still smell it.

There are several karaoke songs that I am responsible for ruining forever. No one will ever be able to sing “Glory Glory Hallelujah” by Elvis that was in that room ever again. Ever.

Drove a car on a flat desert at 120 MPH. At night. With the lights off. Doing whips it’s. And fucking.

Learned to live each day as if it was my last, and to strive to respond to mundane, every day situations with an artful response. To live intentionally. As an statement of art. Be it stunning beauty or pain in the ass high maintenance dram-a-thon. Whatever it is, you respond outside of convention. Convention is the enemy. The tool that restricts and contains and denies. The Cacophony Society stewarded me to live my life in Show. I wear many monikers proudly: Showman, mechanic, organizer, facilitator… even teacher. But I hold none of them more dear then Cacophonist.

Write it on my tombstone. Or better yet, write: 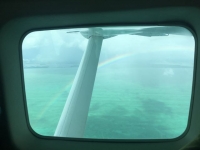