Two hundred days of no work. Well not “job” work, but I have been working hard weekdays and even weekends. I had best enjoy the remaining 150-odd days of my planned 365-days away.

Dr. Rick hosts my favorite annual San Franciscan event at his Italian villa and farmhouse in Bernal Heights. I have never met the doctor, but do know that his Halloween party traditionally falls on the Saturday before Oct 31. I first went to Dr. Rick’s party ages ago in 2007 when I squatted in the Western Addition. Roommate Carl took me along with his gang of costumed troubadours.

Ever since that epic first 2007 party, I invite every year a small group of friends. Saturday, we convene at the Shotwell Street apartment before 6pm to put on costumes and attach batteries. Most of us dress as light-up dinosaurs. Friend Jay arrives as a sailor.

At 6:30, we hit the street and walk south over bustling Caesar Chavez and up the Folsom Street hill. We are a merry band of six: dinosaur Greg, dinosaur Jason, dinosaur Tom, dinosaur Jon, seahorse me, and sailor Jay. A bicyclist holds aloft a giant inflatable dinosaur. The dinosaurist turns right and vanishes into the night.

The door charge at Dr. Rick’s has not yet increased from $20, as it will when crowded. Most of us bring a bag of old clothes for donation to cut the door charge in half to $10. The door line has yet to form. Inside, we find the grounds and house pleasantly empty. Rain threatened earlier and the San Francisco Giants play the Kansas City Royals in the baseball World Series.

At the open bar, I order a gin and tonic to receive a glass of gin with a splash of tonic. This could be the start of a long night, or a short and drunken one. Tom attacks the beer keg. Jason gets a glass of whiskey.

We poke around the house, loiter in the kitchen, and survey San Francisco’s skyline through the trees from the balcony that curls around the house. It feels much like New Year’s Eve with costumes and a time to reflect.

Flo from Progressive pitches us auto insurance. I thank a demon, that is former-roommate Carl, for the party invitation. Jay sits for a long tarot reading to learn that love is around the corner.

A zombie band plays punk rock upstairs in the tight room with the stripper pole. The beefy drummer wears a wedding dress. When sailor Jay remarks, “nice tits,” an abashed woman retorts, “I expect a seaman to say that.” A quartet of skeletons play klesmer outside in the yard. A clown band follow the zombies upstairs on stage.

We debate our favorite costumes. We all like the pair of red lobsters – intricate, clever, and original. A gentleman wears a lampshade on his head to cover an illuminated lightbulb. The pull-chain on his tie turns off the lamp.

Spaces fill in. A chaotic fire performance traps Greg and myself downstairs. I do like the cowboy fire hoopist in unusual orange long johns. However, an errant toss of either a flaming staff or poi could burn to death many revelers in acetate outfits.

We ascend the grounds. Jason staggers from sloshes of whiskey. Tom shines convivially drunk. Jay departs into the night. Jon leaves soon after. Greg suffers from a cold. I would like to stay forever – the atmosphere is that of a rave without the music and costumes make great introductions. I am entranced by a fox. Some figure out that I am a seahorse.

We depart at eleven, four hours after we arrived. The crowd did not come this year although lines form outside at the port-a-potties. We shamble merrily back down Folsom. I want to invade a convenience store. Tom astutely points out that store owners have seen it all.

We camp back at Shotwell Street. Fortunately, I am not drunk. For frequent bar-goers like myself, a party with an open bar usually spells disaster. I hoard drinks when they are free and accessible. If I could just store gin for later in my hump like a camel.

Another year has come and gone. I still have not met Dr. Rick. It is not yet Halloween. 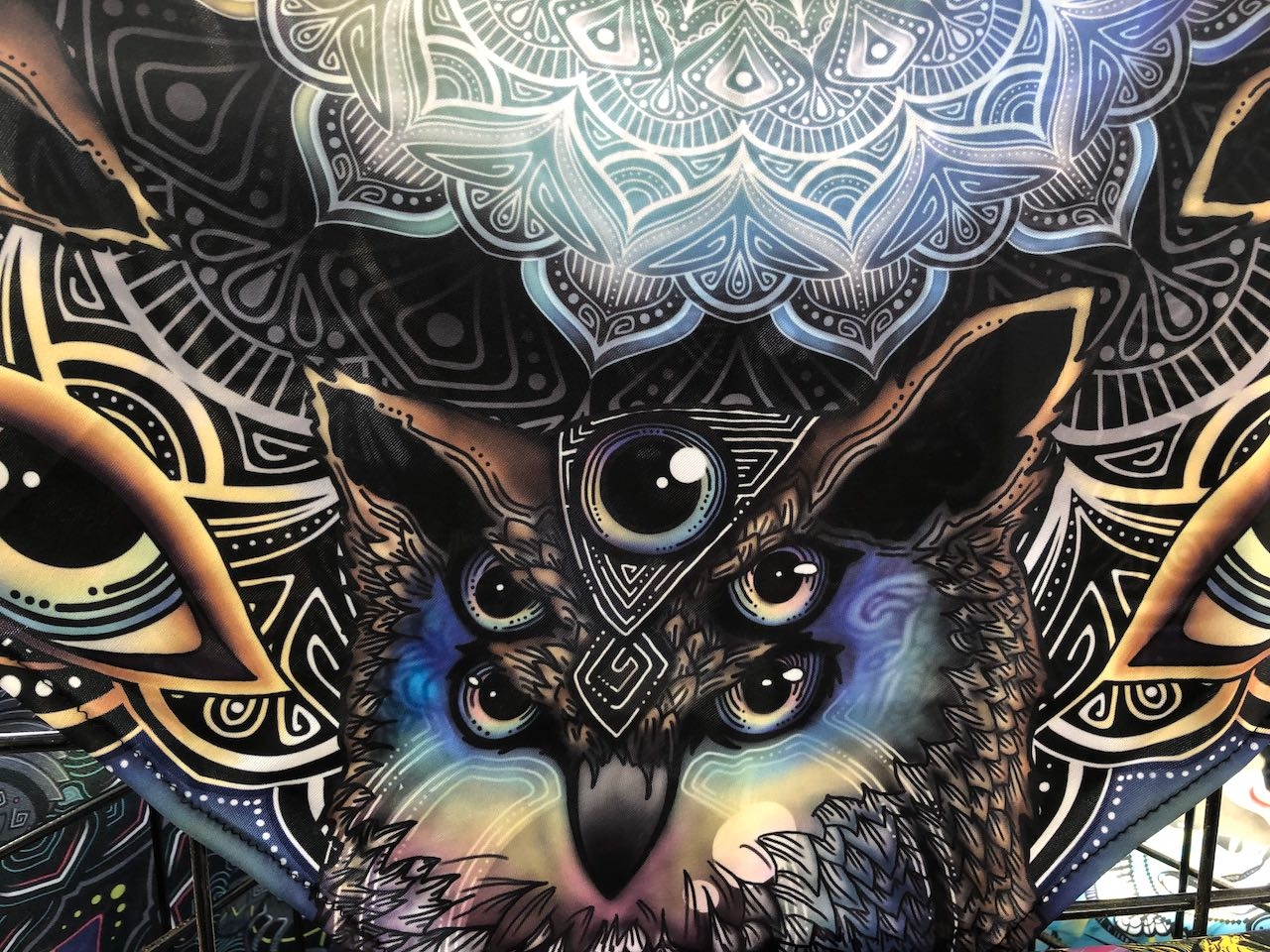