On yesterday’s Great Purge, I found under my bed a two-year plan I wrote on a large sheet of paper.

It was September 2007, almost 7 years ago, and I was drifting between jobs. Four months earlier in May, on international Labor Day, I quit my Boston chemistry job, gave away most of my possessions, bought a used car, and drove with Holly across the United States. Come September, I had just returned from Burning Man and moved temporarily to San Francisco. I was living in the Western Addition in a cold, spare, rented room.

I felt quite unmoored. On a restless afternoon, I taped a large sheet of paper to the bedroom wall and outlined my future and past. I found the exercise prescient so I saved the document.

As I look over those thoughts seven years later, I remain the same. I have the same love of lists, the same need to diagram, the same wish to explain the inexplicable. I make sweeping generalizations and formulate grand plans.

The chart is titled, “2-year plan: Sep 2007 – Sep 2009 (24 months).” In it, I compared three prospective cities: Austin, New York, and San Francisco. I had left New York in July, was squatting in San Francisco until January, and planned to drive to Austin in February. I scored each city for career, quality of life, creativity, friends, nature, and proximity to my family. New York boasted adventure, but also great expense, crowds, and grime. Austin was much more free-spirited but lacked work. San Francisco balanced the two extremes, but I feared backtracking to my 1995-2001 Stanford days.

I outlined an epic travel plan to trek India, Nepal, Tibet, and Vietnam starting in December. I never made it.

I set goals for the rest of 2007: date 2 people, ski 2 days, finish 1 novel, visit 2 countries, slam poetry, half-marathon, live in San Francisco, build an art car, and spin fire. I listed stuff not to worry about: pets, clothing, car, children, foreign events, sports, academics, television, celebrities, starting a company, and business. By 2007, I had dropped aspirations for a professor. I recognized the imbalance of an academic career.

By 2010, I wanted to be married and buy property. 2007’s instability urged me to lock down my life. Now 2014, I still have not bought property or gotten married.

I listed friends then and where they lived. I wrote, “Have met some fantastic people; don’t want to lose them. How to stay close to scattered people? Regular call/e-mail schedule.” Many of these friends I have not talked to since 2007. I’m even worse now at holding on to people. Perhaps I blame the advent of texting and Facebook.

Some thoughts were prescient. I set maximum desired work commute times of either a 45-minute drive, 1-hour train ride, or 30-minute bicycle trip. I quit my previous job mainly because of six years of 1-hour drives.

I struggle still with some goals: “fewer words – forthrightness; compliments, gratitude, gifts; less judging, less sarcasm; contentment, patience, posture; the power of now; grabbing what you want; decisiveness and spontaneity in the face of uncertainty; stop worrying what others think.” Those exhortations obfuscated my new urge to date men.

I characterized myself then by the Libran Balance: do the best in all aspects of life – don’t settle – but let no part preclude the others. I am not an extremist. I focus only temporarily.

Have I changed in seven years? Should I draft a 2-year plan for 2015-7? Personal change often unfolds incrementally so that noticeable differences manifest after much time. I would like to think I’m quite a different person now than in 2007. I want less to do it all. I am less combative. I have slowed down some to relax more.

A demonstrable difference is an unwillingness to draft another 2-year plan. Back in 2007, I thought I could diagram my way out of a nebulous present into a successful future. I accept uncertainty better now. It is not my head but my heart that makes decisions.

So I happily flounder. I continue to do what I like. I seek out opportunities, pick those appealing, and get pushed into others (yes, Jacob) for which I may not yet be ready. Regardless of the future terrain, I carry a good compass. 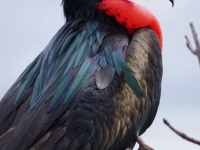