This week in class, we study the Pure Data graphical programming language to manipulate sounds. The program transforms input numbers and waveforms into layers of noise. Although Pure Data is not an easy language, I do understand now some of its conventions.

I’m attempting to convert light into sound, or more specifically red-green-blue values, light intensities, show numbers and speeds into notes. I’m scoring the warbles of a light-up starfish and the murmurs of an electric hedgehog.

My musical efforts sound like a wrong phone number tone layered on top of handclaps and kickdrums. This composition sounds terrible enough that I turn it off after ten seconds to give my ears a rest. I can activate sonic oscillators. However, it is much harder to make them harmonious. 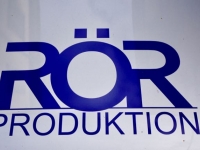