Mid-November 2014, San Francisco impresario Chicken John quietly introduces an upcoming event. Although he announces the event date of January 31, ticket price of $50, and event name of “Fallen Cosmos,” he says no more of what to expect. Furthermore, the fifty-dollar donation permits you to give a ticket to someone else, but not purchase one for yourself. I reluctantly buy one golden ticket for Greg – there be stormy seas ahead – and he buys one for me. Little do I know that the Fallen Cosmos would bring us back together.

The week before the event, a barrage of text messages direct participants through scavenger hunts. More messages prompt encounters with fantastic beings. I confess my sins to a nun one afternoon under McDonalds arches. A few days later, I confess my love to a High Priestess late at night at the top of Dolores Park.

For the party, we are instructed to wear red (pink), white, or blue. One day in advance, we learn the location at Pier 70. We still do not know what to expect.

A small group meets early evening at Rob’s well-appointed apartment in downtown San Francisco to drink fallen cosmos and help each other put on monochromatic costumes. I don red except for a white cloak with a moth-like hood and a winged back that lights up red. Rob also wears red, including a creepy sparkling pink veil. Mike, Erin, and Tom wear white. Contrarian Greg with the blue eyes choses blue.

We piled into Erin’s car to drive south into the Dogpatch area quite close to the Bay water. The 700 participants assemble by the pier’s main entrance. We are instructed to put away our cell phone into sealed envelopes. Not only did the organizers want no pictures taken but also they want us present in a way no longer common.

The event progresses in three acts. At the beginning, a droning art-gallery curator presents paintings to a bored audience. At the close of her speech, she encourages us to dive through a tarp into a painting.

We enter the second act shocked into a riotous anarchy of singers, puppets, moving contraptions, even a platypus taking a bath. For several hours, we careen through this Hieronymus Bosch world of heaven and hell. I happily encounter friends. I roar at others. I win a broken watch, eat “dirt” off a white cabbage leaf, and slurp a raspberry off a bleeding woman.

We reassemble quicker than I expected in the entrance hall with a crass encouragement to buy tickets for next weekend’s performance. Amazement still ringing in our ears, we pile back into Erin’s car.

Fallen Cosmos follows the narrative structure of The All World’s Fair, a massive event two years ago. Both happenings feature a costume edict, a restriction against documentation, a dramatic opening reveal, scalable madness for many artists to bring individual visions, and an ensemble finale. I prefer All World’s Fair, but quite loved the companionship of Fallen Cosmos. The after party was spectacular, but that is a story for another time. 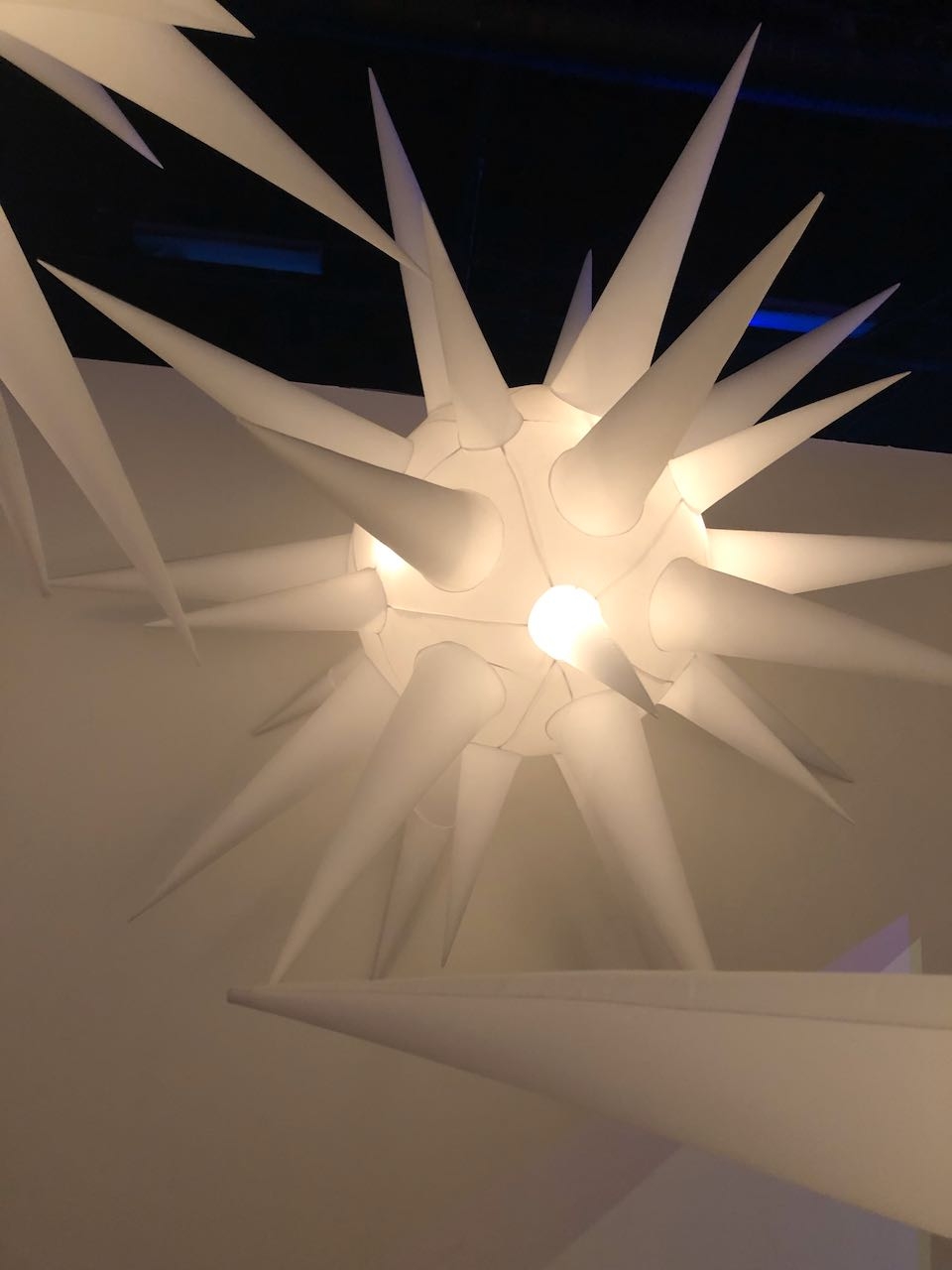