In a famous episode of the TV show “Seinfeld,” the four main characters vie to see who can longest be “master of his or her domain.” You will have to look up the meaning of this euphemism, as I am too shy to elaborate further.

Commencing on February 8, I seek mastery of my domain for quite some time. I shall show restraint until the summer solstice at the end of June when the heat bakes the fecund Earth.

I’ve given up pleasures before. I once abstained from alcohol for Lent. Another time, I became vegan for the first 40 days of the new year. I recently meditated daily for thirty minutes throughout January, although meditation is not giving up, but letting be.

Yet this abstention feels different. Domain mastery is not meant to be self-flagellation, but rather an embrace of the world. For too long, I have viewed sex mostly as a private solitary act, conducted furtively and comprehensively so to press on to the other parts of life. If I’m to engage others sexually and socially, I’ll need the hunger and will to do so. Mastery might make me maddeningly crazy.

I know how to please myself – I’ve done that for decades. Let’s try something different. Sultry late June looks so distant from the cold middle of February. 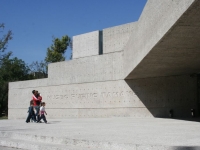