This Saturday night, my friend John plays music for a rather large party in SOMA. He pulled the coveted 2-4am shift to spin his records, metaphorically, as few DJs spin records anymore.

Just a few days before on Wednesday, he boarded a corporate jet to fly to New York City. Along with a handful of his work colleagues, he rang Thursday’s opening bell at the New York Stock Exchange. His company raised over one-hundred million dollars for their initial public offering. With such high-flying funds, his work has turned into a cocaine airplane.

I’m envious of John’s success and adventures. While I write about trips to the zoo, he flies to New York, then DJ’s a party. I’m so happy to know him. He wears his accomplishments generously well. 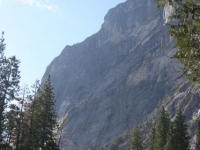