At Ruben’s apartment in Sacramento, we watch the film “Boyhood” by Richard Linkletter. Shot every October over twelve years, the film follows the wandering growth of a Texan boy through his parents’ divorces, house moves, and school. In the boy’s fast-changing world, new characters of step-brothers come into his life and old step-sisters leave.

For kids in the United States, most marriages end in divorce, so separation and struggle are endemic to many childhoods. Yet, not mine. In the film version of my boyhood, the actors don’t change – we just grow older in the same house. I take for granted this atypical constancy.

For in “Boyhood,” Father visits occasionally, sometimes bringing along a new wife. Parents – possibly four or more figures – live their separate dramas that can overshadow your own. Family is an evolving, shaky structure. However for me, father, mother, brother, brother, brother were physical constants. 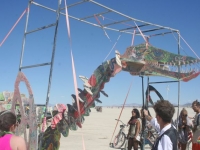