Like many international tourist destinations, Siem Reap proves more expensive than the rest of the region. A complete Vietnamese street food dinner cost $5, yet fancy Siem Reap dinners set us back $50 – not exorbitant for San Francisco, but ten times that of Vietnam. Poor kids at the Angkor temples relentlessly push water, postcards, and small sculptures. I feel remorse for the children but none in not buying much for I wish somehow to reinforce good behavior.

We retire at 9pm to wake the next morning in 4:30am darkness. Greg boils water for hotel-room instant coffee. Boxed breakfasts and a tuk tuk chariot (remork) await us outside the hotel lobby. We intend to watch the sun rise over an uncrowded Angkor Wat.

Dawn does rise on schedule, but so do the crowds. Hundreds stampede Angkor’s paths and crowd around the fetid reflecting pool, jostling for that canonical photo of the world’s largest religious building at dawn. I carry bug repellant and sunscreen for the long morning ahead.

Angkor, surprisingly, is alright. I am happy to pilgrimage but can now tell others they can die content without a visit. I prefer Macchu Piccu’s remote hills or Chichen Itza’s ziggurats. Angkor’s strength lies in its iconic tower silhouettes, best at sunrise or sunset. We poke around the intricate wall carvings of winged beasts, battles, and beauties.

Our remork driver motors us along to several more smaller but fortuitously empty temples before finishing at a giant reflecting pool. Satiated by ruins at ten in the morning, we return to the hotel to slumber, lounge, and sit. Siem Reap is forecast to reach 100F today.

I may have just two more world ruins to visit: the Egyptian Pyramids and Athens’s Acropolis. 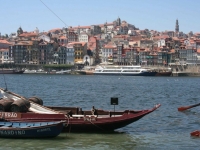