After one day tromping through Toronto, my initial verdict is quite nice. Toronto holds together well the essentials of a big city–skyscrapers, subway, bougie boutiques, art museums, gentle graffiti, sports teams, excellent food, and diversity.

Nine in the morning found me standing in Toronto’s Dundas Square next to hockey’s Stanley Cup. The trophy looks in person as silvery and cuppy as on television. The Tim Horton Company commandeered the cup for a civic festival. This ever-present Horton café chain rules Canadians caffeinated and donut lives. I might have ducked the cup into my bag, but a guard watched my every move.

Ten in the morning found me in the giant art galley called AGO, the Art Gallery of Ontario. Toronto-native Frank Gehry designed AGO’s airy beige wood and aluminum building. The exterior looks much like a sail. A troll-like Thomas Moore sculpture hulks outside.

On first glance, AGO shelters merely a middling collection of obscure works from almost every famous artist, such as Van Gogh, Monet, and Warhol. The museum shines better through its Canadian artists, featuring the Group of Seven. These seven artists depict snowy landscapes, ethereal mountains, fur trappers, Native Americans, canoes, elk and bison.

The Art Gallery of Ontario dresses up its collection better than any art museum I have visited. In some rooms, paintings are arranged by theme and not by artist or time period. A seventeenth-century Flemish nobleman speaks to an abstract twentieth-century man in hat. Five galleries discuss five specific topics of love, sex, money, politics, and nature. Polyglot philosopher Alaine Boutin introduces each idea by video. I fumbled through the museum’s French descriptions to prepare for an upcoming Montreal trip.

Toronto eating has been marked by near successes. I dined happily last night in a mall, only to walk afterwards past better restaurants of a thousand tastes. For lunch after the art museum, I wandered through Chinatown on Spadina Street. The guidebook recommended Swatow restaurant for their famous soup. I soon stared at a broth of vermicelli noodles, limp greens, and what initially looked like giant brown morel mushrooms, but clarified into tripe and ears. Gross, gross, gross. Revolted, I ate what I could. After lunch, I wandered nearby Kensington Ave past a cornucopia of arepas, pupusas, Jamaican beef patties, and tacos.

In spite of the pig-ear soup, Toronto many have North America’s best eating. Lots of students ensure that the low-end is well represented, and yet the food stays thoughtful and fresh. I wish my stomach were bigger, as here I want five meals each day. I purged the unfortunate soup with French macarons (salted caramel and crème brulee) and a clever banh mi after dark. Food discussions can be so tedious.

Lots of restaurants but not so many bars. I do spy the odd Firkin British pub, but I cannot figure out how to buy alcohol for home consumption. The Toronto supermarkets don’t sell booze unlike in California where I can buy whiskey with baby formula. Perhaps some drying out will do me good.

I will remember Toronto as the city of the wet. It rains periodically, sometimes hard. I wield a small black umbrella among damp scurriers.

I walked the city from west to east. A queue assembled outside the TIFF Light Box for a temporary Game of Thrones exhibit. Only a few people wandered the indoor food stalls of Kensington Market, voted best food market by National Geographic. I was neither hungry nor planning to cook. Do locals buy provisions at these tourist markets? If not, vendors should fashion the hanging beef shanks and bins of vegetables out of durable plastic.

Lacking liquor, I descended to the Distillery District by the river. Think brick warehouses (now fancy apartments), pedestrian lanes, pleasant public art, a sake distiller, and my quarry: the Mill Street Brewery, from which I ordered a flight of four beers. The alcohol was refreshing, but the beers were unremarkable.

While at the brewery, I scoured event listings in the local papers. This evening, a gay cartoonist was hosting an art opening in a Kensington Market gallery. Why not? I rested my poor feet back at the hotel, then ran through the rain to the random gallery. I planned on a thirty-minute peruse before dinner, but those thirty minutes stretched to two hours.

The cartoonist showed original drawings for a three-issue comic called Hungry Bottom. Explicit and provocative, but that was his point. I got quite taken up by his honesty. He puts a lot of himself in his drawings.

I also found him cute. In a small gallery full of local bears and one drag queen, I didn’t expect him much to pay much attention to me. Still, I wanted to roar at him, to explain that I too can be a light-up dinosaur. We could take over the world together. Instead, I quietly thanked him for his drawings, mentioned that I would carry his comics back to San Francisco, and wished him the best of success.

From the gallery, I braved more rain to scarf down a great banh mi sandwich and head back to the hotel room by ten. A Thursday Toronto night beckoned. Previous gallery gossip hinted at a little dance party in the Beaver Bar of far west Toronto. Blargh. I knew I would stay in. I had already wandered Toronto for eight hours, met the locals in the rain, and got some sense of the city. It was enough for one day. 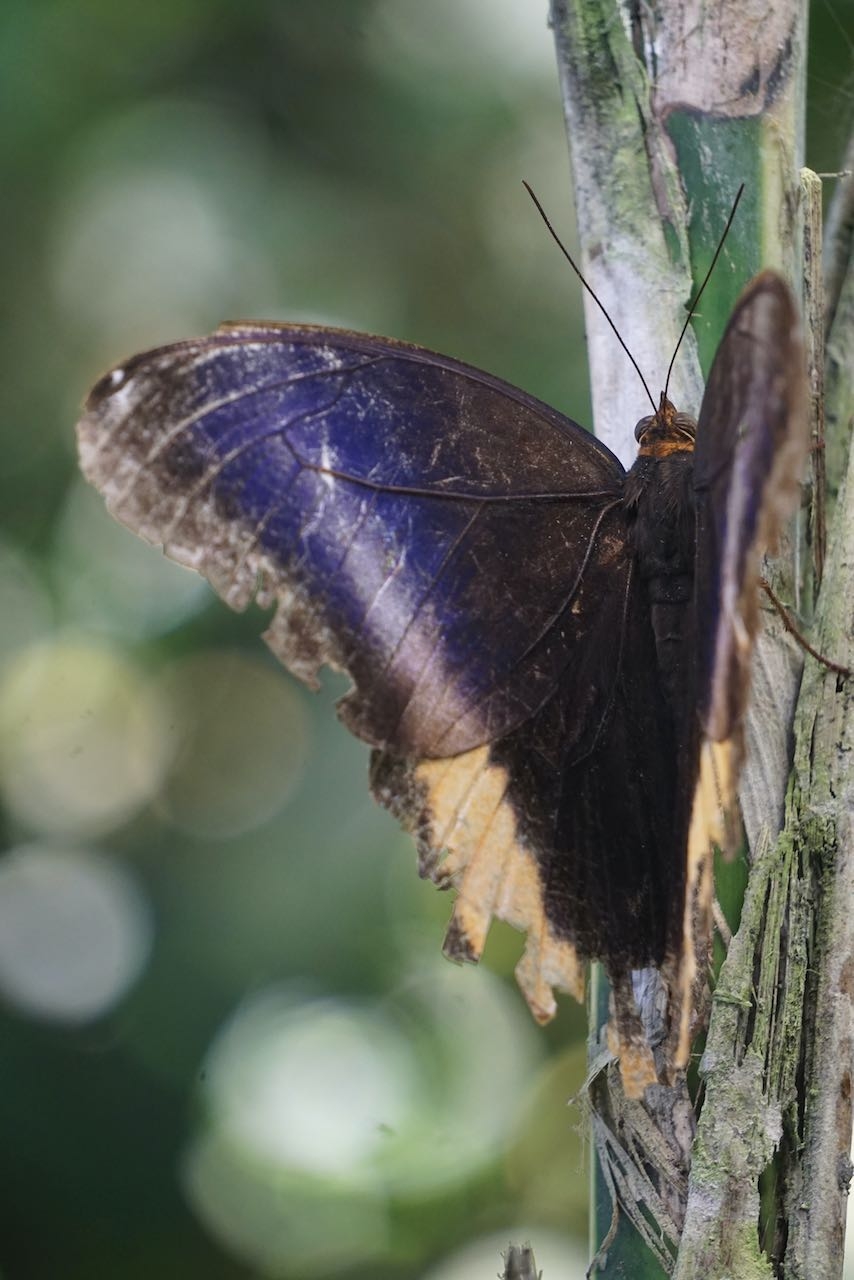