Every night, we eat dinner at 7:30pm. The meal does bring the family together for conversation so my mother frets for most of the day over the menu and attendees. Like in a bar, a rear television’s monologue fills silent gaps in conversation and distracts those that have nothing more to say.

We devour the meal like wolves. The civilizing ritual of hot tea prolongs our sit. My father eats little, citing old age and the necessity of a low-calorie diet to longevity, despite snacks all day and a wish for large desserts.

When tea finishes by 8:15, life gets odd after dinner. Obligatory social interaction is done. Ghostly lethargy breathes through the large dark house. If we were Shakers, this would be time for spinning and weaving. Instead, each family member retreats to his or her lair (there is only one her in this house).

Some read, some watch more television, some doze. My father imposed for my childhood the rule of “no television after dinner on a school night.” Now he spends most evenings watching television. My parents stopped demographic relevance over two decades ago.

It’s sad. Very sad. People don’t die of old age. They die from no use. As Americans prosper, they retreat into fortified suburbs. Castle homes become prisons. We contact the outside world through the remote, mediated world of the television. Crime, race, poverty, Afghanistan–these topics become not only far-off abstractions but also quite vivid and well-understood. It would be far more difficult but more immediate to venture into a living city. 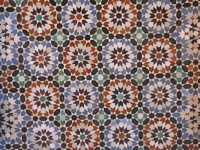