I run daily past the mansions of Wellesley and Natick. The narrow lanes lack sidewalks and shoulders. Residents are not meant to get out of their cars, much less walk or bicycle. Cars congest suburban side streets to avoid grimmer highways. On my runs, I watch SUVs line up to make left turns.

America fetishizes large houses with groomed back yards. I just see death. There is the slow physical death from inactivity in the commuter car and in front of the television. Why walk anywhere when you can pay others to fetch things?

Then there is the more insidious psychological death from confinement. The suburban castle protects against the troubling chaos outside–complex forces like poverty and race. Yet the fortress turns its occupants invisible and eventually irrelevant. The world outside cannot look in and soon no longer cares to. Few notice the eventual demise of those inside, except perhaps the next wave of suburbanites eager for the real estate opening and the chance for a tear-down.

My aging parents find little to do and few that need them. My mother longs for conversation. My father desires relevance. My mother comments on what I wear, touch, or eat. My father hovers to help. As much as I am grateful their benevolence, their attention smothers. Go have your own lives. I try not to shut the door.

If Suburbs = Death, Agora = Life. Dense cities hinder faceless car traffic and encourage more visible mobility. Walking and biking may be the fastest and cheapest modes of transport through congestion.

Urban density forces bumping and mixing. Residents confront on the street a populace different from themselves with ideas that may be antithetical to their own. As in macrobiological systems, these tense edges generate new ideas, energy, and life.

In April, I ran away from the dirt, expense, and crowds of San Francisco. Yet conflict begets life. I realize now that straining San Francisco may be one of the world’s most dynamic cities. Its polis quite actively debates, shapes, and fights for its future. There’s a lot at stake now in San Francisco; I want to be a stakeholder. 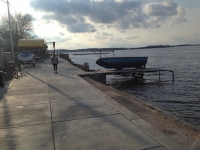