New York City used to make me frantic. so much to do in so little time. Rush through Central Park, snake through the MOMA, stand in line for the Statue of Liberty, and pick a Broadway show.

Back for an idle June weekend, I pursue what makes me happiest in New York: riding the subway. There’s something so grand and democratizing about hurtling through tiled stations with a random mix of people. I confront the city’s diversity on stage in one subway car: orthodox Jewish women with their manicured hair and baby carriages; a group in matching T-shirts heading to the Puerto Rican Day parade; tired businessmen staring mechanically at their Blackberries; and the acrobats that perform “Show Time” for the weary, captive audience on the L-line under the East River between 1st and Bedford avenues.

Life is everywhere in New York, invigorating but eventually claustrophobic. Surrounded by perpetual density, I revel in the ironic anonymity. I can wear anything, go anywhere. Nobody recognizes me or cares. The streets churn both liberating and lonely.

I game the subway to travel from one borough to the next. Do I take the N or R to A, C, or E, or do I throw my lot into the F? Veteran New Yorkers have firm opinions on transportation. If don’t need to go anywhere on time, the subway provides a relaxing show of humanity. 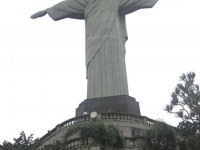