Saturday morning, David, Jeremy, and I wake late in Bushwick. I venture out on the hot noon streets for coffee and a halumi sandwich. A group of black men take fashion photographs against eye-popping murals that decorate the industrial neighborhood. New York has many gems for the intrepid.

We finally break the bubble of David and Jeremy’s loft apartment to wander the streets. We amble to an indie bookstore called Molasses that even has a happy hour as the bookstore serves beer, wine, and coffee. Service is famously slow (drum riff). On this hot day, I encourage David to buy a used copy of Cormac McCarthy’s cold novel, The Road.

I accompany David into the East Village for his haircut and beard trim. My hair has grown so unruly over the last two months. However, I cut my own hair and lack a beard to trim. I watch World Cup soccer on the barbershop tv and follow the Saturday-afternoon parade of people on the East Village street.

We subway back to Brooklyn for a backyard barbecue near Lorimer Street. The bears there do enjoy their beer and brats. David’s friends are quite charming and gracious even to the beardless me.

We stroll drunkenly home through familiar parts of Brooklyn. Eight years ago, I helped John and Tom move into a condo here on Manhattan Avenue. They lived in the condo for one year, then moved to a new life in San Francisco. David and I pick up banh mi at a Yelp-recommended Vietnamese place called Nam Nam. I like discovering the city algorithmically.

Long-lasting David pushes on to a family event in SoHo. I sleep back in the apartment in the long-lasting afternoon light.

I rejoin David much later for a Bushwick party called Shame. I know one of the San Francisco dj’s. New York evenings start late and end late because of the 4am last-call for alcohol. Doors for the party don’t open until 11pm.

David and I walk to the large warehouse on the other side the tracks over a trestle bridge. The party is well organized. We queue outside to pick up tickets. Inside, the space divides into a cavernous, crowded, blue dance floor and a less-dense, red sitting area. A three-dj team pumps out beats, but the music doesn’t move me. $7 Beer bottles are at least less than the $12 I spent last Sunday at Sankey’s.

I’m wearing a hat. Not just any hat, but a golden Roman gladiator hat that lights up. Women paw my head. Men congratulate me. A kind woman with a colorful spinning hat tells me about her other light-up hats. In the red room, David and I hang outside a circle of intricately-dressed club kids, but can’t break into their group.

I enjoy the party. A lot here merits pondering, meeting, and collaborating. Trouble is, I don’t live in New York City and it takes time to join a community. I’m just a tourist like so many others. The lights sparkle, the music thrums, but still my loneliness remains.

The event is billed to last until 9am. David and I cross the trestle bridge after 3:30am to ramble tiredly home. 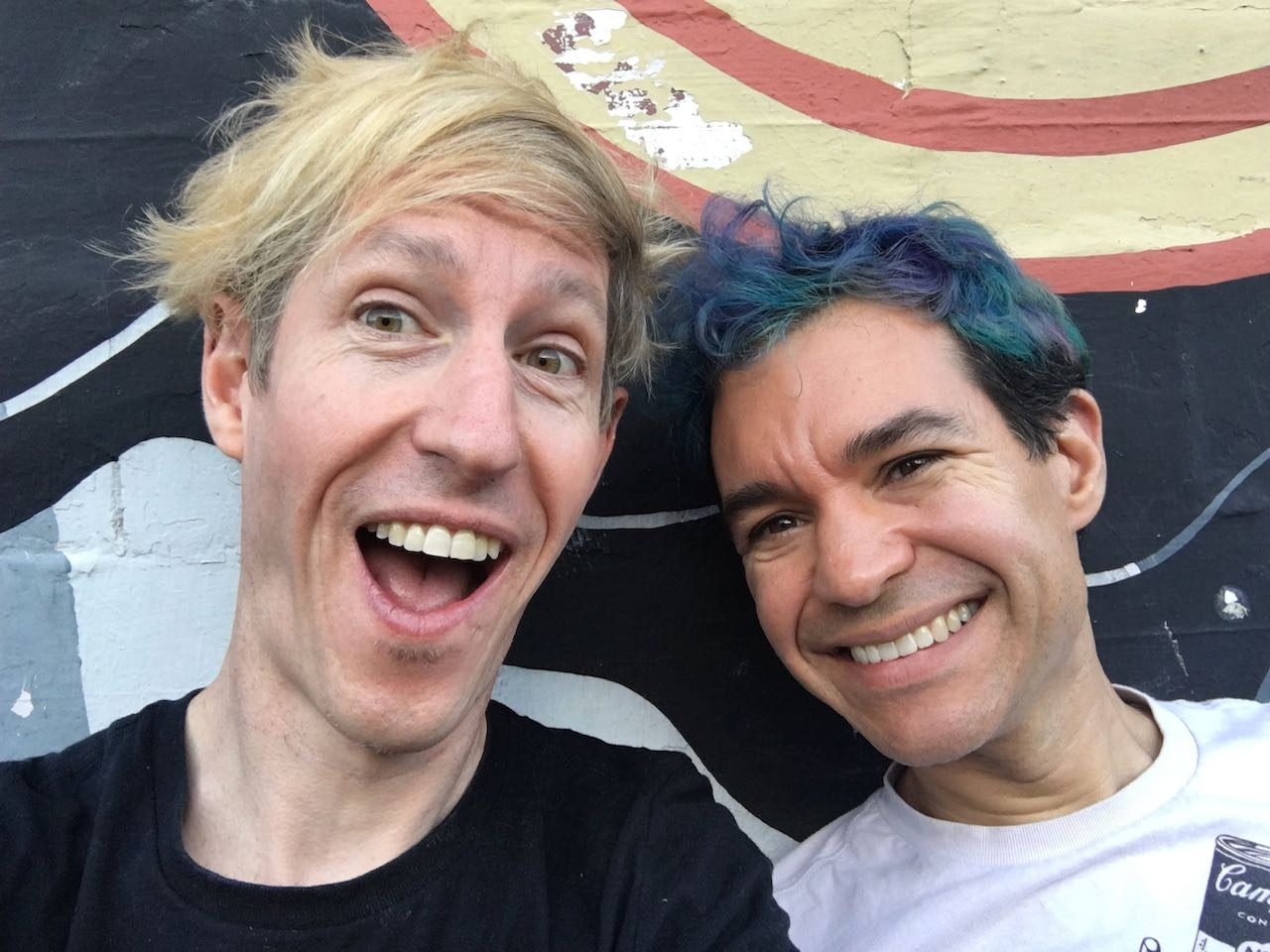