I harken back to the 50’s, the 1850’s, the era of straw hats, steamboats, wild frontier, barefoot rambles, and wood-hoop hijinks. Times then seem simpler, fresher, and raw. Dime-store candy was a cherished luxury.

I finish reading The Yearling and now pick up Walt Whitman’s Song of Myself. After Whitman, I’ll take on Mark Twain’s Tom Sawyer.

I crave the wild and savage. Henry David Thoreau’s essay “Walking” commences with a forest ramble but turns into an exhortation for wilderness. “He near to good is what is wild! Life consists with wildness. The most alive is the wildest.”

Thoreau extols the most unlikely of natural features: the swamps. “Hope and the future for me are not in lawns and cultivated fields, not in towns and cities, but in the impervious and quaking swamps.” Greg grew up in a South Carolina swamp. As soon as he could, he flew away from that swamp, never to return.

Like Thoreau, I want to delve into the bog. “Bring your sills up to very edge of the swamp… There is the strength, the marrow of nature.” I embrace not the literal muck, but the metaphoric transitional power of swamps to make life from death.

Where are the proverbial swamps in America? Which city percolates creatively through difficult times? Where are the wild people? Who are the savages? How to let loose my own wildness? If I have a Max costume, I need Wild Things.

Suburbs = Death. Suburbs are the antithesis of swamps. They are drained land, tamed into garden conformity, denuded of possibility, green-topped by regularly mowed lawns and blacktopped by driveway. By design, there is no wildness left in the suburbs.

The East Coast has been similarly tamed. Its geologic and cultural edges have been smoothed, its mountains softened. Engines of industry still churn out east, but wildness pushes west. 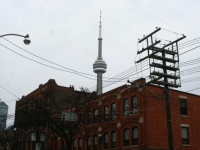