I posted this cryptic message on my computer monitor at work. Fortunately, my boss and cube colleagues are not nosy programmers.

In February 2014, I reached five years of employment at this energetic but struggling DNA-sequencing company in Menlo Park, California. In my lifetime here, I had seen so much – process development, commercialization, IPO, manufacturing excursions, lay-offs, re-organizations, and complacency. My lengthening tenure has gradually turned me into one of the old men of the company.

At my five year anniversary, I knew I did not want another five year tour of duty. It is not that I hate the work here; actually, I’m rather efficient and effective at my position. Yet, I have slowly cut back my hours and ask less from the workplace. I don’t need the standard unattainable fruits of career success and endless riches. The work weeks pass, a little scientific progress is made, and we grow older watching the stock fluctuate.

Two weeks ago, Patrick pinged me Monday morning from New York. Our dear friend from Boston, Dr. Andrew Sewell, had suffered pancreatic cancer for at least a decade. He went in over the weekend for surgery to remove his pancreas. He did not survive. Patrick and Amanda were understandably devastated as was I. Poor dear crazy Dr. Sewell.

Life, I’m learning, is not a right, but a privilege. We all may not live to see the next year. Friends and family can (and will!) vanish unexpectedly. It is shocking not to see Dr. Sewell again or say goodbye.

With the preciousness of time, we must grab our dreams now instead of anticipating one of those days. I’ve been meaning to leave this job. It is time to do so.

That cryptic message on my computer formulates my departure date: if the stock price on January 3, 2014 rises to $3.14 or above, I will stay until March 3, 2014. Otherwise I quit on January 31, 2014. That ? and : compose a clever ternary operator taught by the equally clever Greg Brown.

Why those dates and prices? I plan for a 6-18 month sabbatical. To prepare for unemployment, I drafted a budget. If I live cheaply in San Francisco, I can spend $3000 per month. If I live extravagantly, I might spend $4000 per month. $50,000 should last a year with a cushion.

If the stock price rises to $3.14, I could pocket an additional $10,000 by staying on two extra months, and that ten thousand dollars buys me three more months of leave.

I have a lot that I could accomplish during this sabbatical: drive across the country in the old Toyota from the West to the East Coast and back, possibly from Seattle to Key West; spend 30 days with my parents in Wellesley, MA to listen to the rhythms of their lives, make furniture with my father, and reconnect with them before they die; spend a week or two with each brother in Oneonta, NY and Yellow Springs, OH as we don’t meet as often as we once did; train for and then race an Olympic triathlon; travel for about a month in either Asia, India or the Balkans; write; create a large art piece; learn Python programming and see whether I can “pivot” my career in to software engineering; savor a more relaxed life in San Francisco; join Habitat for Humanity to learn how to build a house; stay with friends in New York for a couple of weeks.

Many suggest that I keep this job until 2014 at which point Obama may roll out cheaper health insurance for the unemployed. Similarly, I don’t want to start my sabbatical during the darker and colder winter months.

I thought for a while that I would only jump from this job if I could land another. Unemployment is scary within the American culture that values career. Now, I covet the time, space, and money of unemployment to get done a few more adventures of my 40s. Dr. Sewell exhorts the road less traveled. I shall try better to point my compass into the unexpected and uncharted.

A recent book I studied, a treatise on Money+Happiness, values time over things. The book laments that most Americans spend commuting to work more than two weeks in aggregate each year. These two work weeks can be more than their annual vacations. With this current job, I commute more than 40 hours per month. I need to move on.

I find myself anxious, satisfied, and complacent at the start of August, possibly within six months of departure. The scary door of the career airplane has opened. I have bought a parachute and contemplate strapping it to my back. Few colleagues at the company quit just to sit so I’ll be quite on my own. In the meantime, I don’t take as seriously the day-to-day routine here. I would like to get some good final research done and leave successful in spirit. I very much thank this company for the time it afforded for me to work on my own life. I am, however, ready to take these teachings on the road. 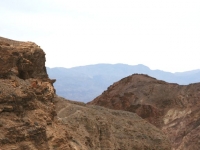