At Spinach and Giorgio’s house party, Jed told me he just returned from Boston, where he lived long ago. I asked him to compare Boston now to San Francisco. Jed bluntly said, “People are happier in Boston in ways I see rarely these days in San Francisco.”

When I first got to the Bay Area ten years ago, the populace was irrationally exuberant, especially at street fairs. I couldn’t figure out whether it was something the city put in the water, but there were lots of almost-comic smiling and laughter. Maybe I’m just getting old, but few people seem happy here now.

I blame a lot of unrest on growing income disparity. You’re either poor, struggling, concerned about rent or healthcare (if you have it); or you’re overworked, unrelaxed, and trying to justify your harried existence. Just hanging out is harder to do. The nation of Bhutan tries to track a per capita happiness quotient. San Francisco’s happiness quotient may be on the decline.

John Major asserts the unproductivity of the constant lament for San Francisco’s demise. “Don’t like it? Go somewhere else.” I agree that incessant negativity just adds to San Francisco’s woes. There are still plenty of exciting, inspiring, and engaging people in this town. I just wish folks here were happier. 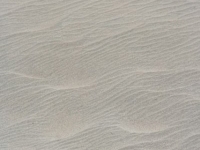