Before I left for Istanbul, my well-traveled brother warned me about the hassling carpet salesmen and the endless tour pushers. “Watch out for the endless aggravation,” he warned.

Once on the street roaming the bazaars, I hardly noticed the Turkish hassle. Sure, pleasant and suspicious touts stepped forward to present watches, belts, t-shirts, even an enigmatic “Come, I show you spirograph.”

But, you see, I have lived in San Francisco for over five years. I’m daily bombarded in my home city with homeless panhandlers, Greenpeace canvassers, the guy that needs a dollar for the bus, bleeding drunks, even drunk Santas. To survive, I tune out the imploring humanity.

At first, the strategy was to interact, listen, apologize, and move along: “Oh, that’s terrible. I’m so sorry. I don’t have fifty cents, fifty dollars, a cell phone, or a voter’s registration card.” Then, it was a curt, “not today.” It is far easier for me now to pretend these people do not exist. Catching my attention for my time in a public space is not your right. You do not exist.

Such willful obliviousness has inured me to the constant hassle – useful against Turkish touts – but has sadly pulled me away from humanity. I ignore the homeless but also the hapless, the lost, the generous in spirit, and the spontaneous. An adage counsels, “Live in New York until you grow hard; live in the Bay Area until you grow soft.” San Francisco perversely has quite hardened me.

There are the spectacularly awful stories of terrible New York in the 80s in which a poor woman gets raped while countless passers-by did not act. I fear that I have become one of those non-acting passers-by. I cloak myself in indifference as coping pathology.

Yet I don’t see my aggressive passivity faltering. As San Francisco increases its density, I retreat further into my movable bubble. I fear only moving somewhere else less dense, less manic, less interactive will restore my humanity. 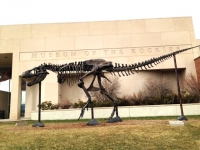