I quit my job on April 4. Soon after, I hit the road with a Greg for the first leg of the trip. I drove 5340 miles, mostly east, through 15 states and two countries. I followed highway 94, the Lewis & Clark trail, freight trains crossing the country, and two months of spring. I took 150 pictures of roughly the following:

Dinosaurs at The Museum of the Rockies in Bozeman, Montana

Sculpture at the Minneapolis Art Museum

Decaying flour mills along the Mississippi River in Minneapolis, Minnesota

Milwaukee’s sail of an art museum in Wisconsin

More art at the Art Gallery of Ontario in Toronto, Canada 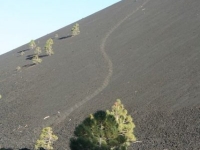