Greg suggested meeting for a week somewhere in Europe while he lodges this summer in Berlin. He and I kicked around itineraries for far flung European destinations: take the ferry from Helsinki to St. Petersburg; drive down the Dalmatian coast into Albania; ride the train from Berlin to Prague.

Trouble is, it would be July in Europe, the midst of high season with full hotels and crowded attractions. I spoke with my well-traveled brother Ray for advice. He has been to St. Petersburg, Berlin, and Prague. He thought St. Petersburg may be too similar to Berlin. Another thought the leisurely Dalmatian coast deserves more than a rushed week. Brother Ray suggested a different corner of Europe: Portugal. This little country has fewer tourists but plenty of sites such as cobbled lanes, colorful tiles, moorish architecture, even beaches.

So, Greg and I will spend a July week in Portugal. I booked a discounted airline ticket with an odd itinerary: I fly on July 4 direct from San Francisco to Boston on pleasant Virgin America. Fortunately, if I get delayed in Boston, I can stay with my parents. I change airlines to the little-known SATA and fly to the Azores. What? The Azores are a little island chain that Portugal owns in the middle of the Atlantic. SATA may have only four aircraft. I stay on the same plane to continue onward to Lisbon. If I get stuck in the Azores, I can at least have a pineapple (abacaxi).

Greg and I will tour Lisbon and Porto, drink port wine, and ponder what else we want to do. He may drag me to a beach for this thing called relaxation. I prefer to run around mountain ranges.

I have an iPhone. It has an application that teaches me Portuguese. The app Duolingo features other languages like German and Spanish. I click on the green-owl icon every day on the train to work in order to learn the next lesson.

Duolingo features mostly reading and hearing with a little bit of translation (both English to Portuguese and Portuguese to English), and no speaking. Structured like a video game with sections to unlock and unfurling congratulations banners, the app motivates me to the next level. I wish I could have an avatar like Link from the Legend of Zelda. New vocabulary comes so quickly that I master the names or colors or animals just long enough to complete the level. There’s little methodical explanation, such as studying conjugation tables, and no time to review. What was the word for farm again? Fazenda!

Perhaps, this is the way I should learn a language, quite different from my previous, partially successful attempts at French, Dutch, and Spanish. In the app, I use only the Portuguese I need to know. The daily repetition helps ingrain the vocabulary. This may be a closer approximation to how a new speaker actually uses a language.

I would like to get through half of the Duolingo lessons before my July trip. The final exam will be the wander through Portugal. If I need a pineapple, at least I can shout, “Abacaxi!” 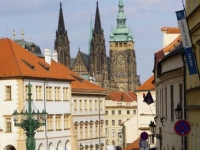