It is August and the late-summer season urges annual preparation not for school but for Burning Man. San Francisco scurries to hardware stores, fabric outlets, industrial warehouses, and the most important: liquor stores.

I return this year unexpectedly to Burning Man. Departing the Playa last September 2012, I declared, “That was great, maybe even a little boring, but I need not return next year.” In the winter off-season, I surveyed all the Burning Man gear in my apartment, even a dusty venerable car. It would be a shame not to return again to the festival. So this year, I collaborate on a spectacular giant project, bring out some new light-up outfits, practice my new-found relationship and community skills, enjoy a needed vacation in the desert, and amortize the cost of all this camping equipment.

New for me this year, I’m trying not to spend a fortune to get to Black Rock City. Sure, a festival ticket cost $400, but I should already own most everything else. The yellow-and-blue Toyota should still be able to climb over the Sierras. I will once again haul a quonset hut out of a storage locker in Reno. I did buy a new truck tarp, on Tom’s advice, to serve as a mesh carpet for my desert home. Food and drink certainly add to the bill.

Also new this year, I’m trying to bring only half as much gear. I can’t believe I once attended Burning Man primitively by airplane, flying from Brussels, with only two pieces of luggage. In more recent years, I have stuffed the car full with new outfits for each day and every each, much like a disposable Barbie. Not only can I survive well with less stuff, but also I will have much less to clean when I return from the dust. Most importantly, I want to fit two comfortably in the car.

I’m living for the festival week with boyfriend Greg in a quonset. Although we had a most excellent and relaxing stay last year, I inexplicably broke up with him three weeks later. I’m hoping that all my muddling, counseling, thinking, and resolving over this very long 2013 has tempered me into stronger and more grounded. May I not ask so much from him or from the week-long experience. I still have planned for us many adventures.

The giant camp of which we were part last year grew too large and motley. This year, we wanted smaller and more manageable. Greg and I shall plant stakes with four others to form a integrated pod of six people: Greg, me, John, Tom, Josh, Jason.

The six of us join a looser group of fifty that builds one project: a giant art car named Baaahs in the shape of a sheep. A school bus has been stripped down in an Oakland yard called NIMBY to form the sheep’s skeleton. I have been horribly remiss in neglecting weekends at NIMBY to weld struts, stairs, and a sound system into the sheep.

Our crew of six is responsible for the exterior lighting of the sheep. John Major prudently shipped from Boston a giant crate of old industrial LED modules. We have raced around his garage to test each LEG module, rewire anything broken, and learn how to program the lights into networks. We try now to make the lighting more interactive with a Nintendo Wii controller and software hacks. This weekend, we will spend long days and nights installing the lights on the sheep and testing the interactive software.

Last year, I arrived on the Playa quite early for my longest stay yet at Burning Man. This year, I’ll be on the desert only for the week of the festival and perhaps the weekend before. I still have this grudging conflict called work. Greg and I may arrive Friday afternoon to help set up Saturday and Sunday.

The lunar calendar portends a half moon for most of the week, meaning moderate light at night. It is too early to predict temperatures, but current conditions seem average with highs in the 90s and lows in the 50s.

New for me this year will be concern over food and water. Whereas formerly I relied on a larger kitchen, our pod of six this year will cook for ourselves. I need to remember what to cook for small groups in the desert. Likewise, we may need to bring our own water; 2.5 gallons per person per day makes for a lot of water.

I often ask those about to depart for Burning Man if they have any intentions for this year’s festival. For many, it feels like a birthday, Halloween, and New Year’s Eve all rolled into one.

This year. I would like to enjoy the festival and my friends. I want to come well prepared but not to expect so much out of the event. I would like some relaxation and a creative kickstart to autumn creativity.

I am bringing out some new light-up art, like the hedgehog, and the larger “Flowers” project that I will install in a nearby courtyard. The flamethrower may provide some dangerous 3am joy back at camp.

Overall, I want to keep my experience local instead of global, intimate instead of anonymous, relaxing instead of frantic, simple instead of complex, generous instead of isolating, spontaneous instead of forced. There are certainly some moments I would like to include: an afternoon walk down the Esplanade, a late-night wander into the Deep Playa, dancing at Distrikt, a mid-evening exploration of the Esplanade attractions, a small party somewhere strange and unexpected, and the haziness of a dawn. 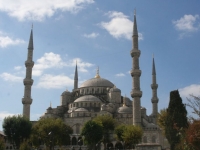