My company shut down again between Christmas and the New Year, forcing employees out on the street to take some time off with family. Travel can be difficult in December back to wintry and desolate New England, but I wanted to vacate somewhere.

Brother Ray just started his sabbatical from professoring and his friend Lee also had time to travel. We brought back together our gang of three for Christmas abroad, this year minus a Ruben.

When planning in November, we first considered Morocco – not enough time, then looked into Belize – expensive despite its proximity to the US, and finally settled on Rio. If the world was to descend on Brazil in 2014 for World Cup Soccer and in 2016 for the Summer Olympics, we wanted to preview Rio before everyone else. Airfare was high, $1850, but flight times were good for me with just one stop-over in each direction at Charlotte, North Carolina.

I spent December relearning the Portuguese that I had forgotten since my summer trip with Greg to Lisbon. Because of a layover in the Azores and a 1990s day-trip to Macao, Brazil would be my fourth Portuguese-speaking destination. Frango is chicken, and abacaxi is pineapple; everything else I would have to re-learn while in Brazil.

We left the States separately on December 21, meeting at about noon the next day in the Rio airport. We immediately were blasted by the sun and heat of the tropics on the longest day of the year. Although the week started with clouds and infrequent rain, the trip concluded with sweltering 35-38C temperatures and lots of sunscreen. It felt disconcerting yet refreshing to venture from winter to summer and back to winter.

I booked us seven nights in a little 70s-era apartment in the district of Arpoador betwixt the better-known beaches of Copacabana and Ipanema. From my Turkey travels, I learned how much more enjoyable it is for a group to relax in a living room and hang out in a kitchen than meet in anonymous hotel lobbies. The apartment was quite hot during the day and also at night from a lack of air conditioning barely mollified by cosmetic ceiling fans. Furthermore, the central atrium of the apartment building transmitted at all hours the sounds of families, dogs barking, and revelers back late from bars. Fortunately, we rarely needed to get up early.

On my return to the States, many coworkers want a short precis on my time in Brazil – just a few sentences to summarize a stay down south. Here’s what struck me as different in Brazil:

Rio is perhaps the best-situated city in the world. As a friend suggested, imagine San Francisco transported into Yosemite Valley. In Rio, huge volcanic rocks covered with jungle jut out from teeming collections of buildings surrounded by beautiful beaches and surf. Mottled brown favela slums climb from the skyscrapers into the hills. We spent much of our time ascending to the lookouts of Rio just to gaze at the marvelous city below: the statue of Christ the Redemptor on Corcorvado reached by cog-train, the double peaks of Pao de Acucar (Sugarloaf) reached by twin funicular, the top of Tijuca forest hiked with a hired guide, and the hill of Santa Theresa neighborhood reached by taxi as the bonde tram had broken.

Much of Rio is free, and the Cariocas (citizens) do use these public spaces well. Most days the beaches fill with bathing bodies, satiated by roving armies of vendors hawking coconuts, beer, bathing suits, sunglasses, even shrimp on a stick. The art museums are free. Ray and I ran the seven hot miles around the town saltwater lake. On Christmas evening, along with everyone else we watched the world’s largest floating Christmas tree on this lake.

That said, Rio is much more expensive than we anticipated. Lonely Planet called Rio’s hotels the world value on the planet. A great meal costs $30-40 per person. Beer is $3-10 per drink, depending on whether you order a standard chope draft beer or something more exotic. Prices are more in-line with a standard America city like Cinncinati than the affordability of Mexico or Thailand.

The Rio diet is terrible. Cariocas eat mostly unseasoned grilled meats and fried foods like meat patties and French fries. Fresh fruit and jungle juices do provide vitamins but don’t prevent putting on the pounds. We did dine on exotic piranha, coconut fish stews, and endless amounts of caprianha cocktails. Vegetables are non-existent, and dinner portions are beastly large enough so a single eater gets served enough for two.

Rio doesn’t get away with such a terrible diet. Despite the reputation of Brazilians as the most beautiful or health-conscious on the planet, most everyone is overweight and sluggish – like most other peoples in the world. We weren’t amazed by the women, nor envious of the men.

Fortunately, Rio doesn’t care what you look like. Bodies of all sizes, colors, ages, and shapes are on display on the beach, and frequently in the littlest (and not-so flattering) of clothes. Women may not be topless, but they do wear bikinis. Men have silly sungas like speedos with the belly overhanging. In Rio, you don’t need to hide indoors under bulky clothes.

Rio is huge at 6.5 million people. Brazil has the fifth largest population in the world. Most city places are loud, bustling, and sweltering. Efficient and numerous buses carry people all over the city, making up for the subway system with its two lines.

Crime is not as terrible as feared. We three kept a low profile by not flaunting money, cameras, or nice clothes. We did have one late-night walk in the Lapa district through a treacherous stretch of street when one or two people tried to accost us. Besides that possible encounter, we hardly felt threatened.

New Year’s Eve is a big deal in Brazil because of the warm weather, beaches, and willingness to party. As our trip progressed towards the end of December, the city filled in more with people and cars. We were quite happy to escape Rio on December 30th, as it was getting harder to find towel space on the beach or an open table in the restaurants.

Our three guidebooks recommended ten or twenty sites to see in Rio. Over the course of the week, we saw almost all of them ranging from a monastery to the epic Maracana football stadium. Although we went out every night, none of us are club kids so we returned before 2am. We hired a Brazilian guide to climb a mountain, but otherwise did not meet any of the locals. Still, I was forced to listen to, read, and speak Portuguese. I was surprised that I can hack at least some of the language and still know how to travel. 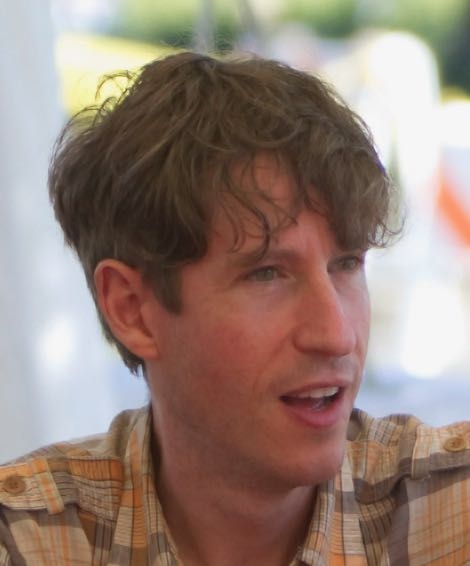