On my ten thousand mile journey, I shot pictures with a Canon Rebel DSLR camera as well as my iPhone. The phone’s camera may be worse than the DSLR camera, but the phone is more portable and discrete. Plus, I can readily send the phone pictures to friends via text messages, important if the road feels lonely.

I post a large assemblage of photos in chronological order. I omit captions but here is the general trajectory: 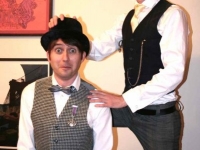