These are boom times. As a canary in the diamond mine, the company Twitter went public recently, supposedly minting many fresh millionaires from its workforce of 2,500 San Francisco employees. Bustling Market Street bustles even more. Over ten new giant apartment buildings with silly masculine names like Icon or Monument are under construction along or near this important commercial corridor. I lamented all the construction noise; now I fear where the city plans to pack all these new residents.

These apartments are not for low, or even middle-income residents. Many of the for-sale condos lists for $600k+. Many a social conversation veers eventually to the tedium of mortgage politics. I guess these new buildings want to attract young, single tech workers with money that they cannon over the city.

For example, I live across the street from a new eight-story building at 38 Dolores with a Whole Foods supermarket on the ground floor and apartments in the rest of the building. The massive complex graciously includes a butterfly enclosure. Rents were recently posted. A small 400 square-foot junior bedroom lists for $2950 per month. In this small apartment, the entry door almost swings open to hit the bed, and the other room is a combination kitchen and living room. If you need a larger space, the complex does have bigger one-bedroom apartments for $4000 per month. Or, you can rent with two friends and win a 3-bedroom apartment for $8100 per month.

The city is changing. We are also getting squeezed from the other end. Almost daily, I see parked cars with broken windows, the occasional street fight, and reports of bicyclists killed by cars in the SOMA district. Maybe all this new ostentatious money prompts the theft of it, but there seems to be an increasing sentiment that crime and craziness are uncomfortable prerequisites to city living. Your bike got stolen? Again. That’s just the San Francisco tax.

Overall, I sadly perceive the growing entitlement of the city’s denizens to take aspects of city life. Get out of my way, I need to get to fancy brunch. Stand aside, I have to have this elaborate cocktail.

Perhaps this happens in most urban areas when increasing density hits increasing income disparity. My alarmist perspective could be strictly that: alarmist and numerically-challenged.

Still, I react to this new city density by keeping my head down, my feet moving, and my mind on wherever I’m heading next. As the city grows more crowded, it sheds its intimacy. I cope by circling my wagon with my friends and try to ignore everyone else’s.

I felt a similar shift at Burning Man this year. Earlier incarnations of the festival were much smaller encouraging people to interact with those they met on the streets, much in the way a lonely west-Texas car will wave at every oncoming driver. As the festival grew past the limit of intimacy, I no longer just wander – it is a directed bike or private art-car ride to this particular party with a group of friends for often a closed-circle event.

What is missing from new San Francisco are increasing contributions to the culture of the city. If you work long hours, earn a lot of money, and don’t have  free time, you consume, not contribute. You throw money to be entertained. Furthermore, that entertainment is secondary and peripheral to your insular group. If you spent a lot to see a movie or go to a show, you earn the right to talk through it.

As I run around more as a light-up dinosaur or a blinky hedgehog, I’m perplexed by the lack of creative energy from the black-clad masses. You say you work for some hot start-up, but you spend your free time doing what everyone else is doing?

So I seek the contributors, not the consumers. I’m not asking that you knit pornographic religious tableaux or slam poetry for the blind, but do something to better this increasingly crowded city. Help with the homeless, organize a meet-and-greet, or start a band. Otherwise, get out of my way!

This is hope for San Francisco’s congestion from the most crowded of US cities. Perhaps it won’t be a bad thing if San Francisco becomes more New York.

On the one hand, New Yorkers actively enforce social rules to keep the city moving: stand on the right, hurry up at the ticket machines, wait your turn. There isn’t much patience in New York for either crazy or difficult as too much of either grinds down the gears. I would like San Franciscans to have less patience for the disruptive.

On the other hand, New York can be one of the most friendly cities in the United States. Because New York’s density is so high and communities so numerous, when you spot a friend on the street, it merits stopping and catching up as you don’t know when you will see him again. Likewise, when you encounter a stranger with a similar look, tastes, or interests, you pull her in to your community as a wedge against the anonymity of New York. 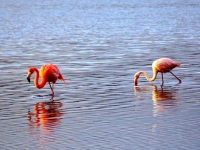