Losing it all to gain something real

I have had this idea kicking around for decades called “Six Months of Madness.”

I’ve always had career doubts about my profession of chemistry. Both my parents are chemists and so are three of their four sons. As the family business, chemistry served as my default career trajectory through college and afterwards. The question was not, “what was I going to do with my life?” but “where will I go to graduate school?” Don’t get me wrong: chemistry has been both lucrative and intellectually stimulating, plus I like to make stuff with my hands – molecules, in this case.

Studying chemistry (of course!) my sophomore summer at UC Irvine, I met Kara, a precious fellow-dweller of the same apartment complex. She was studying molecular biology. When the summer ended, we kept up a correspondence through antiquated pen-and-paper letters. I read that she graduated, won a prestigious Fulbright scholarship, and moved to Sweden for two years to study more biology. Glory continued for her when she enrolled at MIT graduate school in molecular biology. Would a professorship follow? Meanwhile, I was waffling at Stanford in chemistry graduate school.  I enviously tracked her certain success.

The wheels fell off. Kara dropped out of MIT. She stopped paying rent. She squatted with a crazy Vietnam Vet in an illegal apartment. So broke, she calculated which foods at the convenience stores had the most calories per dollar: Miss Debbie’s snack cakes. I stopped receiving her letters.

Kara surfaced a couple years later on the West Coast either in Seattle or San Francisco, I forget which. She had switched fields to software engineering, took a hot Java job for Adobe (again I forget the details of which company), and found herself much happier in this profession she had chosen.

From afar, I had witnessed Kara’s Six Months of Madness. She had unmoored herself from the anchor of her career track, lost everything, hit bottom, and had to re-chart her course. Although painful, losing everything meant she freed herself of outside preconceptions and other directing voices, such as from parents, teachers, or colleagues. Six months of madness gave her the time, liberty, manic incentive, and quietness to ask what really was important to her. Left with nothing, she got to pick something on her own.

I’ve wanted my six months of madness to evaluate my connection to chemistry. Did I choose chemistry or did it choose me? I feel like I have other aspirations towards software engineering, writing, electronic art projects, and these feelings grow more intense now that I live in Silicon Valley.

My 10-month road trip from Boston to California with many spots in between was an attempt to force six months of madness, but time on the road was actually fun and distracting – not maddening. I could schedule six months on my Outlook calendar: May-November, sit naked and unwashed in my unpaid apartment; wallowing in misery and faeces (my own and others, maybe animal). Rent sackcloth, be mean to others, howl at the moon, and somehow – someway pick a career.

What I didn’t realize until recently is that the six months of madness has come to me now unbidden The subject wasn’t career. Since October, I’ve been sad, depressed, anxious, fear-ridden, distraught, manic, collapsed, angry, and maudlin – and many of these at once. Emotions have taken residence unpaid in my body and course through like waves. Every day is different and unpredictable: wildly sad one day with heavy eyes and slow steps; fearful and withdrawn the next. Manic compulsions take over to send out messages to the world or stay locked in. I don’t eat much. I exercise a lot, go to bed tired, hit the pillow, and then… no sleep. Internal conversations keep me away with seemingly-endless bouts of insomnia that repeat the next night.

I didn’t know breaking up with Greg would unleash such Pandoran anxiety. Still, I felt like I lost everything, and furthermore did the wanton shattering myself. Leaving him called into stark consideration and remorse all the relationships I have in my life – with him, with my friends, with co-workers, with my parents, and with my brothers. I have withdrawn, shell-shocked and scared of people.

But from nothing comes something. Spring follows winter. The cold insomniac nights whirled my mind and stripped away layers. I got a much better understanding how my upbringing forms my personality: lonely, disconnected in a big family with two parents that worked hard but did not have time for each other or their sons. I instinctively thought I could cure that loneliness through quick fixes: just find someone exactly like who of course would immediately understand cherish me. And random sex fills emptiness because sex means intimacy, right? And drink a lot and take drugs because these forbidden fruits strip away layers bring people together? Surprisingly, none of those gambits were working for me.

Surprisingly, there are no quick fixes! Connectedness is actually a slow, stark, hard path. Intimacy requires risk, honesty, clarity, and the courage for small gestures. However, vulnerability in myself opens up others. Those near and dear to me are far more important than those I have just met or could meet. Unfettered sobriety is the better way for me to open up to others, as intoxicants cloud my perceptions and erect barriers.

Over these six months, there was a lot of crying, sleepless nights, and manic soul-searching, but I feel ravaged, cleansed, and transformed by this storm. I never want to live those months again, but I don’t want these teachings taken away from me. I feel awakened to my unique brokenness and can harness that brokenness to enact changes that heal me.

I am finally an adult. The road hasn’t ended with some ascension to a higher state. As an adult, I will continue try and failing, losing and winning, fluttering and flailing, but I make these stumbles much better aware of who I am and what I want.

Thanks for braving the storm.

Update: Six months of madness has ended. It was seven months. (September 14 – April 14) 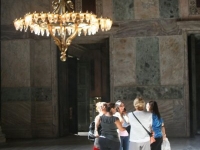