I have a guilty pleasure. While I work on projects, such as the Snowflakes, I listen to a podcast, called “The Adventure Zone,” in which four guy play Dungeons and Dragons. The Stitcher app that streams my podcasts tells me that I have listened to The Adventure Zone for 55 hours, and I started listening in September. That’s a lot of podcast listening.

As I played a lot of Dungeons and Dragons as a kid, I have sentimental fondness for the game. The Adventure Zone’s first set of podcast episodes, called “There Be Gerblins”, is rather rough. I’m realizing that that D&D often revolves around tactical battle strategy involving a lot of statistics and dice rolling, features that don’t make great radio drama to an outside audience.

However, as the series develops, the players move further from tactical fighting and more towards storytelling and relationships. There’s less dice rolling, but more drama. I get to learn a little bit about the people involved. Oddly, they all belong to one family from Austin, Texas (woot!). Brothers Justin, Travis and Griffin McElroy role play with another guy Clint that they call “Dad,” It took me awhile to figure out that he is indeed their father. How cool is that? I learn late that their mother passed away while the kids were young.

Listening to “The Adventure Zone” feels like a pleasant mix of sports and Hollywood drama, sporting because the outcome is not certain and dramatic because Dungeon Master Griffin weaves together a compelling story over – get this – three years of play.

The McElroys are cognizant that they are four straight white men from Texas, so they try to make their stories and characters more inclusive. Midway through the series, Griffin introduces Taako’s transgendered sister Lup. We learn later that Taako himself is a gay elf.

I want to play Dungeons and Dragons again, but with the teachings from The Adventure Zone. Focus less on statistics and game mechanics, focus more on story telling, tough decisions, and compelling drama. I’d love to play with my brothers, as I did when I was a kid, but I doubt my Dad would be interested. Well, I have over 20 more hours of listening ahead. 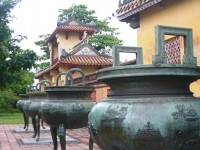