While cramming to learn SQLAlchemy and perfecting a job-interview presentation, I finished today the third Snowflake. I tightened the white fabric cover by through-sewing with a six-inch doll needle and then cut out a protective cover from thin, clear vinyl. You could now throw a cup of coffee at the Snowflake, and I might not mind.

With its excessive outward spikes, the third Snowflake shines expressively pointy, quite different than its previous two gentler brethren. The pixel edges are sharp. The colors are vibrant. The show fading works well. I need to figure out why the software crashes, but otherwise this third Snowflake is finished and quite pretty.

The Snowflake’s success is ironically tied to my summer lay-off from work. Not only did I gain a lot more time after leaving my job, but also I’m angry enough to put intellectual effort into an art project to prove the world wrong.

On the street, I ran into Chickpea, bicycling to the hardware store. He asked about downstairs art for the upcoming December 1 party. I hope to install two Snowflakes that may even talk to each other. I hope revelers like them.

I’ll start soon designing the fourth and final Snowflake. Stephanie cleverly suggested pointing some of the petals inward, a more feminine design I’d like to try for this last Snowflake. Although I could build even more, I’d like to move next into a three-dimensional project (perhaps a Sphere), carrying along all the improvements and teachings from building these Snowflakes. 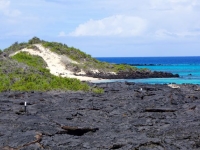