A dear friend from my Boston days and one of the stalwart pillars of our Pop Science camp at Burning Man suddenly died this summer. Diagnosed with pancreatic cancer in his thirties, he had beaten back the illness for a decade with a series of surgeries. A return of the cancer prompted an elective operation to remove more of his pancreas. He did not survive the surgery. My condolences go out to his wife, family, and close friends. So hard to lose someone unexpectedly so young.

His friends Patrick and Amanda suggested a far-flung trip to get away, grieve, and come together. Departed Dr. Sewell had such zeal for spontaneous foreign travel that he would have approved. I drew in Greg as my companion for the journey. Although I had met Patrick and Amanda first in Boston around 2005, I had interacted with them mostly through party contexts. Likewise, those two barely knew Greg and certainly had not spent time with me in my quieter moments.

The four of us picked Turkey almost at random. Work colleagues asked whether Dr. Sewell was Turkish or his wife hailed from Istanbul? Nope. Turkey was distant, exotic, and removed enough from East Coast death and departures.

With seven days in Turkey, we divided up our stay with five nights in bustling Istanbul and two nights in rural central Anatolia. We could consume culture and history and Istanbul, while hike the mountains and ride a balloon in Cappadocia. Usually the farther I go away in the world, the more I plan in advance. For this trip, however, I merely bought a guide book and did not learn any Turkish.

Our trip hit an initial snag in the airplane. Over Nova Scotia, the pilot alerted the passengers that the third hydraulics system was low. The plane would turn around over frigid Canada and land back in Newark for the night. Back on the ground in the mess of the mob that followed, United Airlines was kind enough to ease panic with complimentary hotel rooms near the airport, a flight the next day to Istanbul, and a small reimbursement voucher. Once ensconced in our cheap airport hotel, Greg and I consumed late-night New Jersey television.

The two of us arrived delayed to Istanbul on a bleary Monday morning to fight rush hour on the subway and tram. We traded our one night at the Istanbul Ares Hotel for the previous overnight in Newark but we did get to eat the Ares’s hotel breakfast. Patrick and Amanda met us in the hotel lobby, as they had arrived days earlier. They checked out after we ate.

We had one brief afternoon to site-see the Blue Mosque and Basilica Cistern. I was surprised how many of Istanbul’s gigantic historic structures huddled together in a little Victorian garden, much like a Turkish Disneyland. This area of town, Sultanahmet, was for tourists and the touts that did business with tourists – carpet salesman, tour companies, taksi’s, even spirograph vendors, one of whom entreated half menacingly, half enticingly, “Come. I show you Spirograph.” The four of us loitered in expensive restaurants and ordered overpriced beer. Although Islamic custom forbids alcohols, a cafe will happily surcharge you for a half liter of Efes if you are desperate to pay the $5-$8 price.

We crammed into a mini-bus later the first afternoon in Turkey to cross continents from Europe into Asia to reach Istanbul’s other, local airport. Asia, by the way, looks quite like Europe, just less dense. We flew south and east into central Anatolia.

Although Istanbul teems with enough activity to satiate a tourist week, we did not want to miss the crazy splendor of Cappadocia. Volcanic activity followed by river erosion carved odd-looking tufa columns in the scrub desert of central Turkey. For centuries in this remote moonscape, Christian monks and hermits dug out caves in the tufa to make homes, kitchens, and churches. Fearing Roman persecution and then the Muslims, Christian sects even built hidden underground cities in the soft rock.

For one afternoon and the whole following day, we hiked through these Christian caves either up in the hills or down underground. We admired the millennium-old paintings and frescos of saints while taking a bazillion photos of the vaguely phallic tufa pillars. If a director set the next Lawrence of Arabian film as a lunar science-fiction film, she would set up cameras in Cappadocia.

We spent two nights in this Anatolian adventure-sports destination to do some wandering and flying. Because of the low winds and grand topography, Cappadocia is one of the best places in the world to ascend in a hot air balloon. One chilly morning at 5:30 a.m., we met up with hundreds of other sleepy tourists to gather around inflating balloons. Packed between twenty to forty people into wicker baskets, the hundred balloons ascended at sunrise over the spectacular valley. My fear transformed into wonder as we drifted over the tufa columns and lightly tapped other balloons.  One hour later, we descended so carefully that the basket landed on the back of a truck. We celebrated with non-alcoholic champagne and returned to our great hotel, The Doors of Cappadocia, for a massive breakfast. Later that evening, we flew back to Istanbul.

Turkey’s capital is not Constantinople. Actually, the Turkish capital is Ankara. Gag, got that joke out of the way. I thought with approximately 17 million residents, Istanbul would be teeming with Turks, but I found the bustling metropolis rather manageable and atmospheric, situated on the confluence of Europe and Asia. Furthermore, Turkey is neither crude nor decrepit. Perhaps because the country modernized later than much of Europe, the Turkish trams and infrastructure are quite modern, reminding me of a Muslim Netherlands.

Once back in Istanbul, we traded our former spot in the tourist hotel in Sultanahmet for a two-bedroom apartment north of the river in the more lively part of town north called Beyoglu. Apartment living is quite wonderful. For a group of four or more, an apartment can unwind a day’s site-seeing slog with a home for reset. In the morning we enjoyed each other’s waking rhythms without the clatter of hotel housekeeping trolleys. Patrick, I found out, snores. Amanda would occasionally retreat early morning to the living room.

In the course of four days in Beyoglu, we knocked out quite an itinerary of sites, hitting eight of the top ten things to do in Istanbul, according to Lonely Planet. I remain slavish to my guidebooks after all these years of travel. We rode to the top of the Galata Tower, took an afternoon cruise down the Bosphorous, explored Topkapi Palace, poked into the Hagia Sophia, and had a long night out along the main street of Istiklal through Beyoglu.

My favorite site was the ancient and geometrically marvelous Hagia Sophia, built in 530 AD, the coronation spot of many Roman emperors, a cathedral for one thousand years, and a mosque for another five hundred, until recent deconsecration into a museum. Despite the crowds, we could wander up in the rafters to get lost among the venerable stonework.

For our week in Turkey, we ate well and drank even more. Our main tipple was Efes beer, perhaps the most common brand in Turkey. We tried a little of the anise-flavored Raki, and found it wanting. The Turkish diet, at least for tourists, suffers from monotony: rice, sometimes French fries, then a grilled piece of meat, either a shish kebab, meatball called kofte, or steak. By the end of the week, I had a navigated the six or so dishes on every standard Turkish menu. Variety comes at breakfast with giant spreads of olives, breads, cured meats, cheeses, cereals, fruits, and sauces. Greg abhorred the lunchtime fish sandwich from the river dock due to the overwhelming mackerel bones. We did eat a few strange dishes like candied quince and gelatinous Turkish delight.

Like in most cities of over ten million people, the Turks like to party. Saturday night crammed the main shopping drag of Istiklal with revelers, riot police, and families in search of fun. We hunkered down at several bars for glasses of Efes beer over which to discuss everything from Dr. Who to propensity of lead in the Roman diet. Unlike in California, there did not seem to be an enforced closing hour. I’m wondering whether warm climates encourage the party folk to go all night.

One afternoon, we braved the throngs in the maze of the venerable Grand Bazaar. Here you can buy everything from carpets to harem garb. Although there were thousands of shops, I found the variety scant, as if a few repeated chain bazaar stores sold the same evil eye pendants, shirts, and rugs. The Spice Bazaar was livelier with pyramids of colorful spices and candied phyllo goods. Guide books warned us of the hassle from vendors: Effendi, come in and see my shop, look, look, let me show you just a few things. Yet, years in San Francisco have inured me to touts, and maybe to humanity in general.

I’m terrible with souvenirs. I used to collect post cards, some traditional clothing goods like that silly sissel hat I bought in Mexico (and never wore). These days, I need so little in my home. My father builds me furniture and I create the art that goes on my walls, leaving me little reason to pick up trinkets in foreign bazaars.

At least for a week, we lived well. Turkey could be cheap if you are careful with restaurants and alcohol. Admission to some for the exhibits, like the Topkapi Palace, adds up, but you can spend a good part of a day at each one. The group discussed returning next year to Istanbul, but for a month or longer. 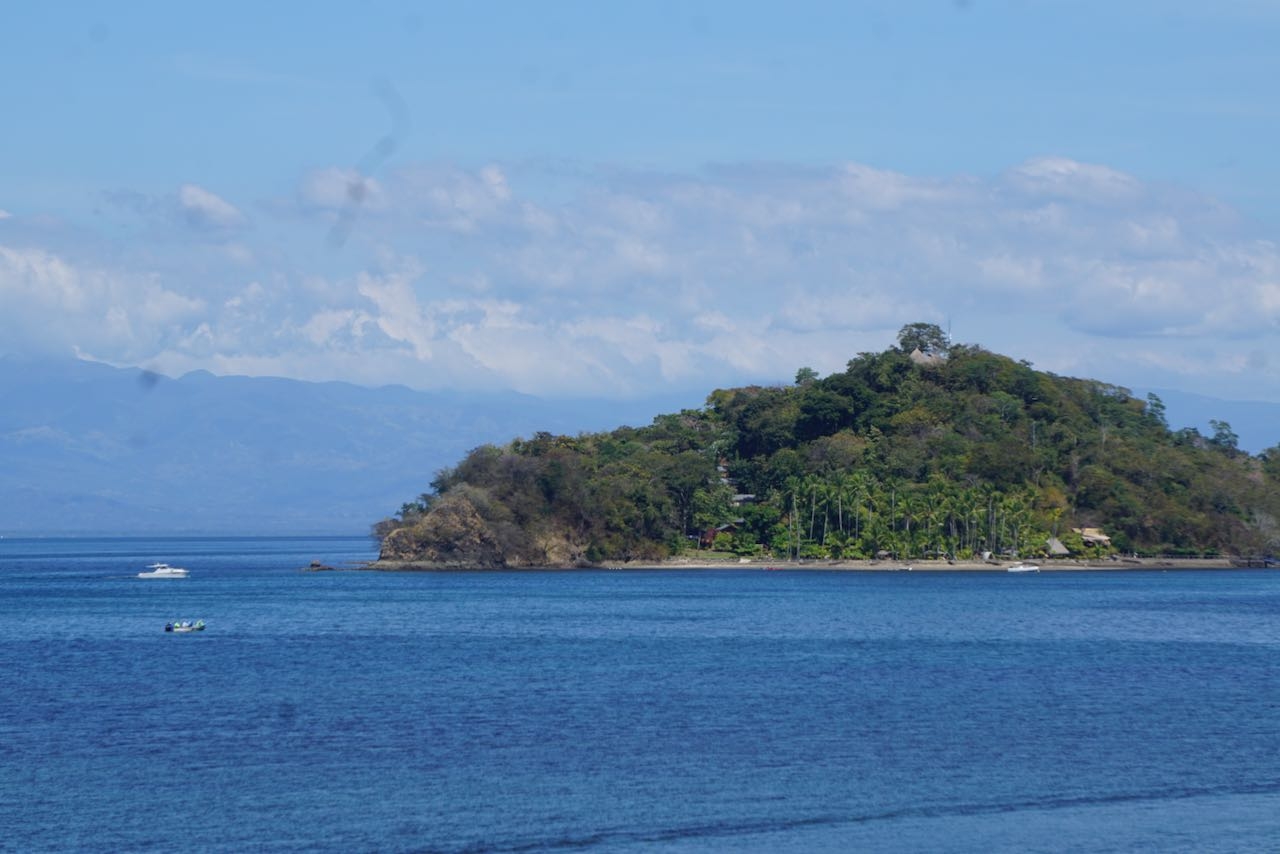