Rabbits, rabbits, rabbits, may March be a good month. Tomorrow is my two month anniversary at work. I’m exhilarated, exhausted, cautious, proud, despondent, and overjoyed. Work has been so much of my life January and February that work has taken over my whole life. Still, I resolved at the start of the New Year “to take work seriously.”

Production yields in the factory have dropped mysteriously since last October jeopardizing February promised ship dates to customers and overloading the manufacturing line as it struggles to remake orders. Last weekend, the head of software engineering, my boss, announced a two-day “hack-a-thon” for Monday and Tuesday. So Monday morning, I carpooled with three coworkers to a garden estate center in residential Palo Alto. Twenty of us software engineers holed up not in the estate, but in the detached garden shed in the back of the property. With laptops on folding chairs and plenty of coffee, we formed teams to tackle dashboard improvements to help the hapless 24-hour crew of research associates push samples faster through the lab.

If this hack-a-thon resembles a parody of Silicon Valley, well it was, but I did get to work closely (pair program) with the head of my group and learn more about unfamiliar but commonly-used software technology. I sense a major part of my covert mission this year is to learn how to set up a software shop with all its infrastructure so I can move these skills on to a tiny start-up where I set up its science, software, and technology.

Monday night, after a long Caltrain with an exuberant Glen in Dev Ops, who regaled me about his Saturday D&D game with his partner, I reached my weary doorstep later than 9pm. Wednesday brought rain and another day finishing past 9pm. I fear my life has dwindled to commuting to the office and the data science I perform there.

Nonetheless, two months in and I feel like I’m rocking the casbah, getting more done in eight weeks than I accomplished in a year at my previous job. I’ve validated a new analytical instrument, written a standard weekly report to triage late sales orders, parsed all the times for the instrument steps in the lab, and generated over one hundred self-service plots of factory metrics. I can’t decide whether to stay the course or ask for more work. I savor a bigger project.

I want to hate this company because it is too much like me. At a drunken Friday work happy hour, a veteran coworker explained an old company tradition of “Furry Friday’s,” in which employees would wear animal hats and costumes. This dinosaur with five dinosaur suits at home may have joined the company party too late… I’m still on the waitlist for the most coveted of the at-work Dungeons & Dragons games. 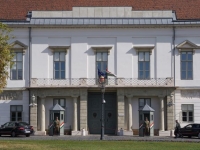