San Francisco heats up unexpectedly in the beginning of October to eighty degrees, so I grab a towel and bike to Baker Beach. I feel obligated to sit in the sand. Beaching is what the unemployed do on a Thursday afternoon, right? If I were working, I would long enviously for those playing in the surf.

I want more zero-dollar excursions. Can I leave the house, have an adventure, and return without spending any money? I bike through Golden Gate Park to the shore to get some exercise, save some gas money, and not fret about parking.

I choose the more remote Baker Beach in the Presidio. The beach views the Golden Gate Bridge. For an even more eye-opening view, the north section of Baker Beach is rumored to be nude. I prefer clothes to sunburn, thank you very much.

I arrive at two-thirty and lay for ninety minutes on a beach towel. I watch the surf, the families, and the book I brought. The sun bakes me in my black T-shirt. I’m not sure what I am supposed to do at a beach as I’m not made for idle relaxation. Still, I feel quite indolent, like playing hooky from work. San Francisco rarely simmers above eighty degrees, so I had best join the other slackers.

If called for jury duty, California law grants one year’s reprieve from the next summons. Because of San Francisco’s crime and density, San Franciscan residents are often called again soon after that one-year reprieve expires.

I was summoned this week to the Hall of Justice criminal courthouse across from the bail bonds avenue on Bryant Street in SOMA between 8th and 9th street. Every afternoon after 4:30pm, I checked the SF Superior Court website for the jury group numbers requested for the next morning. I escape the day of the romp in the park and the following recovery day.

I do not escape the court. I report Friday morning to the court as part of jury group 605. I bike my old work route downtown to the courthouse. I check in at 8:30am and wait with the other potential jurors. The court pulls in today three groups of about sixty people.

The court administrator reads off about forty-five names of those to report downstairs in a courtroom. The remaining people, including myself, are free to go. I leave the court an hour after I entered, a free man again for another year.

A long trial would have impinged my decadent days off. If I were working, I may have enjoyed the break from the laboratory. These days, my hours are quite precious. 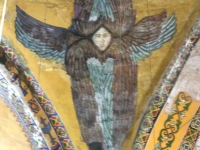