My brothers and I have a peculiar Thanksgiving tradition. On the “Black” Friday after Thanksgiving, while many frustrated families plunge into the malls, the brothers embark on a brewery bar crawl. We start early afternoon, after a leftover Thanksgiving lunch, and finish drunken well after the sun sets. One year, we toured Kendall Square in Cambridge to find most bars and stores shut. Another year, we drove into Somerville and neighboring industrial Everett to sample a bunch of small breweries and one distillery.

This year, we headed west. Friend Todd lives way west out in Charleton, but works in Framingham, so much harder for him to come into Boston. I’m not sure if Ray just smells the air or “homes” like a carrier pigeon, but he can identify quickly all the worthy breweries in any twenty-mile radius. He suggested that we start in Framingham.

Framingham!? I spent my youth stuck on Route 9 in a parent-driven car behind traffic lights between malls. Framingham is a blasted, crappy strip of provincial, dilapidated Jordan’s furniture shops. Or is it? At least out west in California, the horribleness of Highway 101 or the commercial decay of El Camino are new to me and not the tired relics of my youth.

Lee drove Ray and me out to Exhibit A brewery. I wished the bar had more legal-themed accoutrements, but their beer was nice. Ray and I took an initial break outside by a delivery door to smoke a joint. I’m happy that I can comfortably do something so renegade (at least to us) with my brother. Inside, the tap room swirled among the giant stainless-steel kegs. Todd arrived to two giggling Dudeks. “Help, is there a data scientist in the house!? We’re having a data emergency!”

The next 8 hours processed as a blur of breweries and highways. We hit five breweries (Exhibit A, Jack’s Abbey, Springdale, Medusa, and Wormwood – all excellent) and one speakeasy cocktail bar (like I needed a cocktail thrown on top of all this hoppy mess), fronted by an ice cream parlor. We played two thrilling games of corn hole at Springdale Brewery. I remember spicy chicken wings and Korean food.

Like my hangouts with Ruben, there’s merit in such alcoholism. Over eight hours, we talked about where we are in life. I learned about Todd’s new sales jobs. They wanted to know more about data sciencing. Oddly, none of the four of us are dating. Lee was kind enough to stay sober to drop off two drunk Dudek’s just before 11pm.

I’m surprised and somewhat angry that Framingham and central Massachusetts have become hip. The breweries were not pretentious, just good people drinking good product. Where was all this excitement when I was a kid? Furthermore, where was this adventure when I lived in Boston for two depressing years of my mid-thirties (2005-7)? I may have lived in Boston too early, well before gentrification. 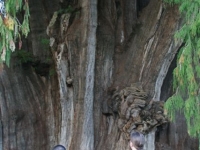